The International Finance Corporation (IFC), a member of the World Bank Group, has unanimously approved investments worth $660m for a total 500MW of solar projects to be located on Benban solar complex in Egypt.

The International Finance Corporation (IFC), a member of the World Bank Group, has unanimously approved investments worth $660m for a total 500MW of solar projects to be located on Benban solar complex in Egypt.

The funds will be used to finance 13 large-scale PV projects being developed from both public and private companies.

Mouayed Makhlouf, IFC Director for the Middle East and North Africa said: “This landmark investment demonstrates that when you have the right reform policies, and a government willing to allow greater involvement by the private sector, you can attract investors in every sector, including infrastructure” adding “Investments like these are the nucleus for economic growth, which is needed in Egypt”.

The projects will be part of the 2GW national goal through Egypt’s landmark solar Feed-in Tariff (FiT) programme, aiming to harvest the country’s rich solar potential and develop the largest solar photovoltaic generation park in the world.

The 2 GW goal will be achieved through the development of 40 individual solar projects of approximately 50 MW each and help Egypt meet its target to source 20% of its energy from renewable sources by 2020.

Egypt’s solar FiT programme, will include projects financed by several development institutions like the European Bank for Reconstruction and Development (EBRD) and Proparco and is expected to be one of the largest foreign direct investments in years.

Last June, the European Bank for Reconstruction and Development (EBRD) approved a $500m package for 13 large-scale PV projects, as part of a 16-projects plant of 750MW total capacity.

Harry Boyd- Carpenter, Head of Power and Energy at the EBRD “We have been working with the Egyptian authorities since 2014 to help them fulfil their ambitious goals in this area. We are delighted now to be in a position to commit very significant financing to projects, which we expect to start construction before the end of 2017”.

The trust of Development Institutions to Egypt is expected to catalyse a further debt and equity inflow of $2 billion, highlighting Egypt's re-emergence as an attractive investment destination.

The news came along despite Egypt’s announcement last December to reduce the FiT rate for PV projects to US$0.084 and US$0.078/kWh.

At the time, several power project developers claimed that the new rates would put in question the viability of several projects, although the new FiT price level is in line to rates seen in other regional markets. 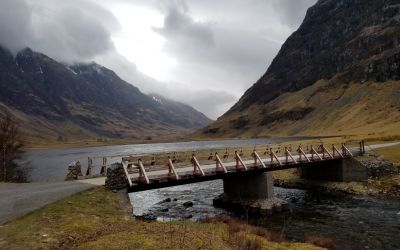