The UK’s leading nature agencies have set out their plan to boost nature recovery at home and abroad ahead of the key international biodiversity summit in Montreal taking place next month.

The UK’s leading nature agencies have set out their plan to boost nature recovery at home and abroad ahead of the key international biodiversity summit in Montreal taking place next month.

In a joint statement the UK’s six official nature conservation bodies said that there has never been a more critical time to invest in restoring and enhancing nature across the UK and stressed how the economy cannot thrive without progressing environmental protections.

At an event at the Royal Society in London, nature conservation agencies from England, Scotland, Wales and Northern Ireland stressed that we must expand our ambition to achieve the UK’s commitment to halt species decline, go further and faster on nature recovery and do much more to align action to halt and reverse biodiversity loss, and tackle climate change.

The statement was made at an event hosted by the Joint Nature Conservation Committee (JNCC) at the Royal Society in London in the run up to the 15th Convention on Biological Diversity which is due to take place in Montreal, Canada next month, after two years of delay.

At the event, the UK’s six nature conservation agencies pledge to support governments, businesses and society to work together to:

Many of these commitments have been driven by the ground-breaking Nature Positive 2030 research which was published at the COP26 Climate Summit in Glasgow last year and shows through a series of case studies how nature recovery is not just necessary, but also achievable and affordable.

Tony Juniper, Natural England Chair said: "Next month’s meeting of the UN Convention on Biological Diversity represents the best and last chance we have to halt and reverse the decline of Nature around the world. This isn’t just about saving rare species, it’s about sustaining the web of life upon which humankind ultimately depends, for food, water, health and climate regulation. Safeguarding all of that means that as the world charts a route to low carbon it must at the same time go high Nature."

We will support the UK Governments to bring countries together and agree an ambitious plan for the recovery of the natural world backed by strong targets for 2030, making this a ‘Paris moment’ for Nature. The meeting has the chance to significantly increases the mobilisation of resources to implement such a plan. We know from numerous examples of nature recovery that we have helped deliver that this will be money well spent, and certainly cheaper than dealing with the consequences of not taking action”.

Minister for International Nature, Lord Benyon said: "A healthy natural environment is the cornerstone of a healthy climate, secure and clean water supplies and a resilient food supply. Only by working collaboratively together, sharing knowledge and arguing for high ambition we will achieve a set of robust commitments in Montreal which restore the natural world and tackle the twin challenges of nature loss and climate change."

At the COP27 UN Climate Change Conference which concluded last week in Egypt, the UK government set out its ambitious commitments to recover the UK’s nature and provide a secure, sustainable future for all. 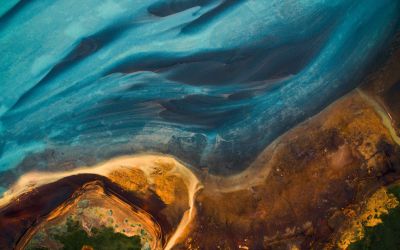