The strongest winds on Earth, known as jet streams, are set to be exploited by a new generation of wind turbines. Jet streams regularly reach speeds of over 100 miles per hour and contain enough combined energy to fulfil our current annual global energy needs 100 times over. 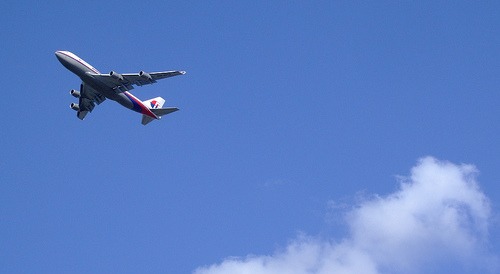 The strongest winds on Earth, known as jet streams, are set to be exploited by a new generation of wind turbines. Jet streams are usually found several miles above the Earth’s surface, but green energy pioneers are not letting this get in the way, as scientists have estimated that the world’s jet streams contain enough combined energy to fulfil our current annual global energy needs 100 times over.

Cristina Archer, an atmospheric scientist at Chico State, said there's "not a doubt anymore" that high-altitude winds will be tapped for power. "This can be done, it can work," she said. Companies are now in the early stages of developing a host of flying, swooping and even floating turbines in order to help turn high-altitude winds into electricity.

Despite these innovative plans, Fort Felker, Director of the US National Wind Technology Center has warned that the industry is still ten years away from making a meaningful contribution to national electricity demands. “And each turbine concept awaits extensive testing on its reliability, durability and effectiveness,” said Felker. “Keeping the turbines operating autonomously over long periods in changing weather may be the biggest obstacle.”

“You have powerful reasons to stay aloft as much as possible. What do you do when a thunderstorm comes by? Do you recover the device? Do you land? How do you operate in the real world?”

Jet streams often reach speeds of over 100 miles per hour and are much more reliable than lower-level winds. However, US companies are currently focusing their efforts at technology designed for use below a 2,000-foot ceiling, since above this level complex federal air-space restrictions kick in.

Adam Rein, co-founder of the Boston company Altaeros Energies, said his company calculates winds at the 2,000 foot level are still up to 20 times stronger than winds that can be reached by a typical 350-foot land turbine.

Altaeros Energies is currently developing a stationary turbine that sits inside a 60-foot tall, helium-filled shroud that acts like a wind funnel. Similar blimp-like devices, called aerostats, have long been used to keep heavy equipment aloft, such as government surveillance radar tethered up to 15,000 feet above U.S. borders.

“Our view is that our approach is less risky, because we're using a technology that's been out there for decades,” said Rein.