Ahead of Earth Day, SodaStream is teaming up with Earth Day Network and Scarlett Johansson to raise awareness about harmful plastic waste and promote a bottle-free planet

Reaffirming its commitment to reducing the volume of plastic bottles and cans that end up in landfills each year, SodaStream, the world leader in home beverage carbonation stations, is leading a campaign to raise awareness for the Great Pacific Garbage Patch, a collection of waste floating in the ocean that is twice the size of Texas.

To combat this environmental catastrophe and urge people everywhere to join its bottle-free movement, SodaStream has partnered with Earth Day Network and 5 Gyres to further expose what they call ‘The Secret Continent’.

‘The Secret Continent’ is an imaginary resort destination that SodaStream has created to bring attention to the environmental devastation that is taking place in the Pacific. The damage to our planet is shocking; humans manufacture one billion plastic bottles every day and the garbage patch is made from just a portion of the 10 million tons of plastic pollution left behind each year. To date, scientists have documented the impact of marine plastic pollution on 663 different marine species, including all known species of sea turtles, half of all species of marine mammals, and one-fifth of all species of seabirds.  By taking this uniquely whimsical approach, SodaStream is seeking to make this environmental message resonate with people all over the world.

‘The Secret Continent’ represents the floating garbage island, which is larger than many countries, and SodaStream is seeking to have it acknowledged as the world’s eighth continent by the international community, challenging the world’s population to sign an online petition that will be sent directly to global leaders. The petition urges them to publicly acknowledge ‘The Secret Continent’ and take proactive measures to change the way plastic is used and discarded. In doing so, plastic pollution will be highlighted and no longer ignored.

‘The Secret Continent’ is part of SodaStream’s ongoing mission to help consumers reduce their carbon footprint and prevent continued environmental damage in landfills. One SodaStream can save the average family up to 1,000 bottles and cans each year.

“We applaud the bold steps SodaStream is taking to bring the Pacific Garbage Patch to the forefront and proactively fighting to reduce the amount of plastic that gathers in landfills each year,” said Kathleen Rogers, President of Earth Day Network. “We all know that plastic debris doesn’t biodegrade, but we don’t think enough about where it actually ends up, and the danger all this plastic imposes on birds, animals, plants, micro-organisms and seawater. The Secret Continent Campaign isn’t just a publicity stunt. It’s a serious effort to advocate for the health of our oceans and the survival of our planet. We are thrilled to join SodaStream on this mission.”

SodaStream’s Global Brand Ambassador, Scarlett Johansson, has already signed the petition and is a huge supporter of this cause. “I am honoured to be a part of a project that is powered by such noble intentions and goals. The Secret Continent inspires people to change the way they live. Products like SodaStream aid in the reduction of our carbon footprint, a feat that is vital to preserving the planet for our children.”

“SodaStream is steadfast in our mission to elevate awareness for reducing the amount of plastic waste,” said Daniel Birnbaum, CEO of SodaStream. “The Secret Continent is a disruptive way to make people stop and rethink how they drink, from what they’re putting into their bodies to how they’re safeguarding the planet.”

To find out more about The Secret Continent visit http://www.secretcontinent.com/uk and to sign the petition and help promote a bottle free planet visit http://www.change.org/petitions/leaders-of-the-world-recognize-the-great-pacific-garbage-patch-as-the-8th-continent-and-stop-ignoring-this-environmental-disaster 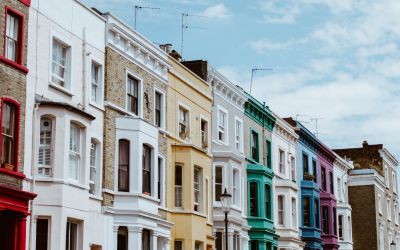 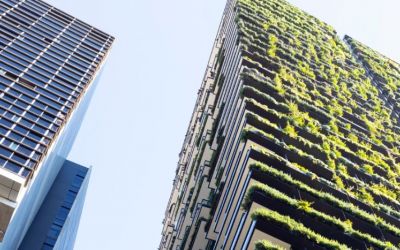 Earth Day And ESG: The Stakeholder View Of Top Firms