The Prime Minister is reportedly going to announce the increase of the plastic bag charge this week from 5p to 10p.

The Prime Minister is reportedly going to announce the increase of the plastic bag charge this week from 5p to 10p.

This is part of a series of measures designed to encourage the reuse of carrier bags and decrease the UK’s dependence on plastic which has a negative impact on the environment. Currently, 12.7 million tonnes of plastic end up in our oceans each year.

Reports in various Saturday newspapers suggested Theresa May was planning to double the charge and apply it to all retailers which would end the exemption for those employing fewer than 250 people.

This follows May’s desire to extend the scheme in a bid to combat what she termed Britain’s ‘throwaway culture’. A latte levy is also being considered to reduce plastic waste further.

However, Downing Street declined to confirm these reports calling them “speculation.”

Figures have demonstrated that single-use plastic bag sales have fallen by 86 per cent since the 5p charge was introduced.

Mary Creagh, Labour MP and Chair of the Commons Environmental Audit Committee, said “The public has enthusiastically embraced the plastic bag charge since it was first introduced in 2015, which is good news for the environment and for our economy.”

Michael Gove, the Environment Secretary, said: “These figures demonstrate the collective impact we can make to help the environment by making simple changes to our daily routines.”

The money raised from the levy totalled £58.5 million, resulting in almost £20 million being donated to good causes relating to charity or volunteer sectors, environment and health.

Yesterday, the Daily Telegraph reported that a senior treasury source has called the additional levy “unnecessary.” This shows a potential backlash to May’s environmental proposals that are due to be announced later this week. 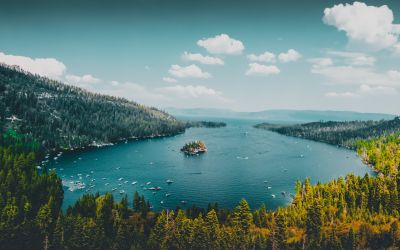