The announcement came from Norway’s national bank, which wrote a letter to the Ministry of Finance on Thursday, recommending the removal of oil and gas stocks from the world’s largest wealth fund - built on the back of revenues from oil and gas for decades.

Egil Matsen, Deputy Governor said: "This advice is based exclusively on financial arguments and analyses of the government's total oil and gas exposure and does not reflect any particular view of future movements in oil and gas prices or the profitability or sustainability of the oil and gas sector”.

He added: “Our perspective here is to spread the risks for the state’s wealth.  We can do that better by not adding oil-price risk”.

Norges Bank has been advising the government for the fund’s investment strategy since its establishment.

The bank’s advice came after analysis showed that the oil price risk poses threats to the national economy, as currently oil and gas equities account for around 6 percent and almost $35 billion dollars, including shares in the American Exxon Mobil Corporation and Shell.

Bloomberg reports that Mindy Lubber, President of Ceres, a non-profit institute advocating for sustainable investing said: “This is an enormous change. It’s a shot heard around the world”.

She added: “It’s an enormously important statement. Once one major player does it, others will follow”.

Jason Disterhoft from the Rainforest Action Network said: “People are starting to recognize the risks of oil and gas”.

The government announced that it will assess the proposal and it will reach a decision in mid-2018.

Nikolai Astrup, leader of the finance committee said: “This must be thoroughly assessed; I am not prepared to conclude in advance. It’s important that the fund is managed in a way that’s predictable and long-term”.

Sony Kapoor, a former adviser to Norway’s government called the proposal a “belated victory for common sense over the powerful oil and gas lobby in Norway”, and called the fund to upscale its investment in green energy at least tenfold.

The fund has already sold-off most of its shares in coal.

This October, Norway’s Environmental Minister Vidal Helgersen announced the launch of a study to examine the shift of the country from oil due to climate risks.

He said: “Given the energy and transport revolutions, fossil energy resources will be of less value over time”.

“The energy transition to renewables is going faster than anyone thought. And almost any scenario is being out-competed by reality”. 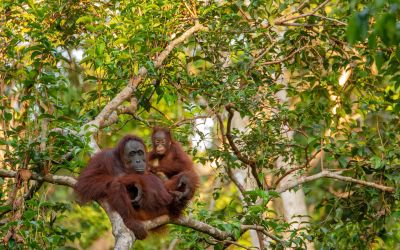