‘No evidence’ to question the scientific consensus on climate change

A new government report has defended the scientific consensus on climate change in light of the 2009 ‘climategate’ affair, but says lessons must be learnt with regards to Freedom of Information Act requests for scientific data. 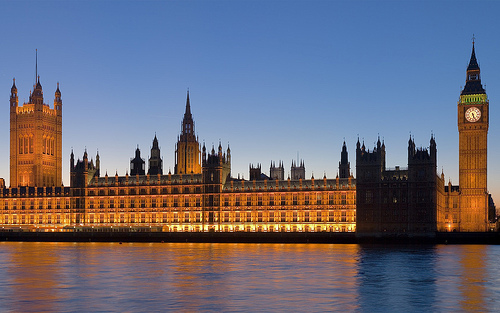 The report states: “After two independent reviews, and two reviews by the Science and Technology Committee, we find no evidence to question the scientific basis of human influence on the climate.”

Government Chief Scientific Adviser, Professor Sir John Beddington, has also stated: “the general issues on overall global temperature, on sea level and so on, are all pretty unequivocal”.

The government report, which was published on Friday (6 May), was looking at the investigations into the 2009 ‘climategate’ affair, in which emails from the University of East Anglia’s climate research centre were published online.

These emails were published shortly before the UN’s COP15 climate summit in Copenhagen and massively dented public trust in climate science.

The relative lack of progress made by world leaders at this summit is widely attributed to the publication of these emails.

Despite judging the science behind climate change to be intact, the report is critical of UEA’s handling of freedom of information requests: “We are concerned that the Independent Climate Change E-mails Review did not fully investigate the serious allegation relating to the deletion of e-mails. We find it unsatisfactory that we are left with a verbal reassurance from the Vice-Chancellor that the e-mails still exist.”

However, the report argues that this is part of a wider problem in science with relation to the Freedom of Information Act.

“The ICO [Information Commissioner’s Office] also working with the Higher Education sector, the Government Chief Scientific Adviser and the Royal Society to consider what further guidance should be developed on scientific research and FOI. The ICO aims to produce new guidance by September.”

"A set of common data access principles is being developed across the research councils: these principles start with a presumption in favour of openness and transparency, whilst ensuring appropriate protection and safeguards are in place to protect commercially sensitive and personal data".

While the scientific consensus has emerged from the ‘climategate’ affair unscathed, the public’s trust certainly has not.

The UK government recognises that openness is the only way to rebuild this trust and is taking steps to ensure that no such crisis could occur again in the future.