Western Australia is set to take advantage of its significant solar and wind resources to export renewable energy to Indonesia, contributing significantly to the country’s clean energy future and energy security through reducing reliance on imported fossil fuels.

The proposed project is called Asian Renewable Energy Hub (AREH) and is another mega energy project which underlines the significant opportunities that domestic renewable resources can provide for countries to become the ‘new’ energy exporters.

The hybrid power plant would be spread over 14,000 square km in flat desert land on the north-west coast of Australia.

It would comprise approximately 1,200 wind turbines supplied by Vestas, and 10 million solar panels with an aggregated capacity of 6GW - enough electricity to power more than 7 million households.

The project location took more than 2 years to find, but it is considered ideal due to its particular geography and topography, allowing optimal performance for both wind and solar technology perfectly complementing one another throughout the day. 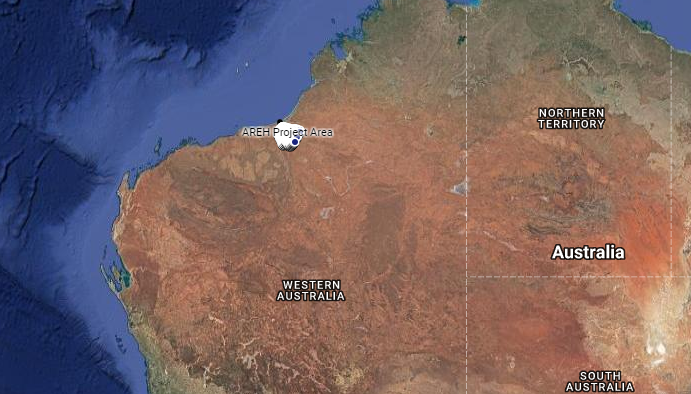 The electricity produced will be transferred through high voltage direct current (HVDC) technology which allows for the efficient transmission of power over long distances with the subsea cables being attached to maritime ships.

The innovative technology would create a ‘maritime super highway’ of renewable energy. The project’s proximity to Indonesia in addition to advanced subsea cable technologies are expected to allow for cost-efficient transmission of such amounts of electricity.

Project development started in 2014 and it has now embarked on a search for investors, with aspirations to have reached financial close by 2020. The first phase of development is expected to cost $10 billion.

If everything goes well, construction will start in 2023 and the project will be completed by 2029.

Apart from the financial advantages that the project offers to Western Australia it will play a pivotal role in Indonesia’s economic development too, as the wind and solar generating equipment would be manufactured in Indonesia.

This is expected to create a new source of skilled, high-tech jobs and the development of a local supply chain.

He added: “Given the increasing ability to move energy over long distances, the Asia Renewable Energy Hub is a compelling proposition for Indonesia – not only for supplying the energy, but for the economic benefits that come with establishing manufacturing facilities in Indonesia”.

Clive Turton, President of Vestas Asia Pacific said: “As renewable energy becomes cost-competitive with fossil fuels, it becomes more and more attractive both as a source of electricity and as a source of jobs and investment”.