CEMIG is one of the largest and most important electric energy utilities in Brazil due to its strategic location, its technical expertise and its market. CEMIG’s concession area extends throughout nearly 96.7% of the State of Minas Gerais, whose territory is situated in the Southeastern region of Brazil and covers an area of 567,478 thousand square kilometers, which corresponds to the territorial extension of a country the size of France.

CEMIG owns and operates 52 power plants, of which six are in partnership with private enterprises, relying on a predominantly hydroelectric energy matrix. Electric energy is produced to supply more than 17 million people living in the state’s 774 municipalities. In addition to those 52 plants, another three are currently under construction. In 2004 alone, CEMIG furnished its market with 37,897 GWh of energy.

Now in its 60th year of operation, It has stakes in 144 companies, 15 consortia and one equity fund, holding assets and businesses in 22 Brazilian states and in the Federal District, and in Chile as well. It carries out activities in electric energy generation, transmission and distribution and other services such as natural gas distribution, data transmission and the energy solutions offered by its ESCO. Cemig’s electricity comes mainly from renewable sources

Sustainability: the challenge of growing in a responsible manner

Sustainability has been assuming an ever more important role in companies that want to prosper in their markets in a responsible manner. The great challenge they face lies in the fundamental principle of sustainability: balance between the social, economic and environmental dimensions.

Statistics show that the actions of companies recognized as being sustainable are valued by the capital markets and that their image is improved among their publics of interest.

With regard to Brazil, Cemig is the only Company in the electric sector that has been part of the Dow Jones Sustainability Index for eleven years, since its creation in 1999 and that has been elected a world leader in sustainability in the utilities supersector.

To Cemig, sustainable development means the search for a better quality of life for the current generation and for future generations. It means ethics, transparency and profitability in its businesses, respect for the environment and social responsibility in its actions. By working this way, Cemig creates value for its shareholders, consumers and society as a whole.

Cemig’s activities within this scope take place by means of social programs, involving multiple stakeholders and the creation of a Social Responsibility Committee, which establishes the social and corporate citizenship directives at the Company. Through its criteria for the selection and management of social projects, Cemig measures the benefits of the projects both for their businesses and for society, with parameters based on the London Benchmark Group (LBG) methodologies, SA 8000 and ISO 26000.

Cemig has identified the main stakeholders and established directives, criteria and values that guide the relationship strategies. Based on those directives, the Company has developed specific relationship 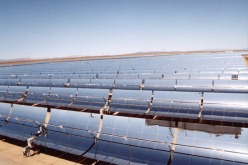 forms so as to guarantee that all its publics may communicate their needs and concerns. In addition to that, Cemig has its Sponsorship Policythat guides investments in corporate citizenship and philanthropy projects, such as culture, sports and support for social institutions.

Cemig’s continuous investment in technological innovation and efficiency, together with the establishment of successful joint ventures, has historically been a determinant factor for its market position. Cemig relies on a number of partnerships with research institutions in order to allow the Company to maintain proactive participation in technology development processes in its fields of activity – energy generation, transmission and distribution.

The Company is assessing its smart grid architecture by means of the Cities of the Future project, one of the broadest smart grid research and development projects in Latin America. In addition to this project, Cemig has invested in

projects aimed at the utilization of renewable energy sources, most notably: biomass, small hydro power plants, solar energy and wind-electric generation. It has also invested in projects intended to foster the rational use of energy,  cogeneration projects and distributed generation using different types of fuels such as hydrogen, natural gas, alcohol and biodiesel.

Cemig: a leader in transparency on climate issues in Brazil

Cemig: a leader in transparency on climate issues in Brazil