Scotland to raise emission reduction target to 66% by 2032

The Scottish Government has announced plans to increase its target for cutting emissions by 66 per cent – compared to 1990 levels – by 2032.

Scotland has already achieved its 2020 target of reducing emissions by 42 per cent, six years early.

Scotland’s wind turbines generated more electricity than was required to meet the entire country’s energy demands for four days in a row at the end of December last year.

The country’s renewable energy expertise is now being sought after all over the world, with Scottish businesses being involved in projects across more than 40 countries since December.

Cunningham said: “Our proposals for further deep cuts in emissions represent a new level of ambition which will help maintain Scotland’s reputation as a climate leader within the international community.”

Officials estimate that hitting that goal will cost annually about 2 per cent of Scotland’s GDP, which is worth about £147 billion a year to fund new offshore wind farms and marine energy plants as well as thousands of electric car charging stations and 1 million new home heating systems.

However, ministers urge that this investment will not only improve air quality but also save money through cheaper fuel and energy prices from better home insulation, reduce road accidents due to less congestion, save National Health Service (NHS) funds due to reduced premature deaths and boost economic output.

For the latest news on sustainability and climate change, sign up to our newsletter here. 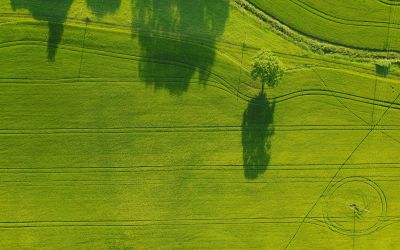