The sale of plastic bags in England continues its downward trend since the introduction of a 5p charge.

The sale of plastic bags in England continues its downward trend since the introduction of a 5p charge.

New data released on Friday by the Department for Environment and Rural Affairs, shows a decrease of 289 million plastic bags since last reporting in 2016/2017.

The UK Government introduced a 5p charge on purchasing takeaway plastic bags in 2015 under a set of new initiatives designed to tackle plastic waste. Sales declined by 85 percent in its first year of operation.

The ongoing success of the project is clear in the number of plastic bags sold per person in England. Before the charge was introduced 140 bags were sold per person, the figure is now at a low of 19.

Environment Secretary Michael Gove said: “These figures demonstrate the collective impact we can make to help the environment by making simple changes to our daily routines. We want businesses to continue to look at what they can do to help improve our environment to leave it in a better state than we found it.”

The so-called big seven food retailers, Asda, Marks and Spencer, Morrisons, Sainsbury, The Co-operative Group, Tesco and Waitrose, sold 1.04 billion plastic bags between April 2017 and April 2018. This is a 22 percent decline from 1.33 billion on the previous year, although not all retailers were recorded in both years.

“It is only by working together we will reverse the rising tide of plastic waste finding its way into our rivers, seas and oceans and the catastrophic impact this is having on our marine environment,” he added.

In January this year the government pledged to eradicate all ‘avoidable’ plastic pollution within the next 25 years. So far, progress has been made to remove plastic microbeads in healthcare products and in the introduction of a deposit return scheme for plastic bottles. 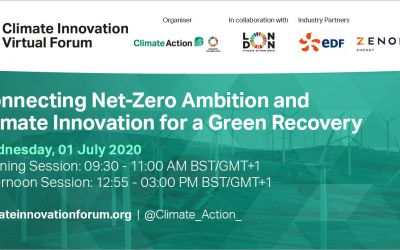