On Wednesday, Emmanuel Macron will launch the One Planet Summit- a high-level climate summit in Paris, co-organised by the United Nations and the World Bank Group, to take place two years after the landmark climate agreement was signed in the French capital.

Ahead of the summit, 80 leading economists have signed an urgent declaration where they call for investment in new fossil fuel production and infrastructure to stop.

The declaration says that although world leaders have spoken about the importance of scaling up financing for climate solutions, “they have remained largely silent about the other, dirtier side of the equation: the ongoing finance of new coal, oil and gas production and infrastructure”.

The group of economists ask for immediate actions to stop the exploration and expansion of fossil fuel projects. They also underline the need to manage the decline of existing production in line with the climate goals of the Paris Agreement.

“It is the urgent responsibility and moral obligation of public and private investors, as well as development institutions, to lead in putting an end to the use of fossil fuels and embrace safe and renewable energies”, the report reads.

Yanis Varoufakis, economist, academic and former Greek Minister of Finance, said: “It is time for European leaders, especially President Macron, who understands the threat posed to our planet by Donald Trump’s climate change denial, to help smash our economies’ reliance on fossil fuel subsidies and investment”.

“Not one more penny or cent can go to coal, oil or gas subsidies”, he added.

Pierre-Richard Agénor, Professor of International Macroeconomics and Development Economics, University of Manchester, commented: “It is time for the community of global economic actors to step up its efforts to save our planet and preserve our common future”.

The declaration was signed by renowned economists including Tim Jackson, Professor at the University of Surrey and author of Prosperity without Growth.

At the same time, 54 major corporations including Adidas, Unilever, Virgin Group signed a separate letter addressed to the G20 asking for the phase out of fossil fuel subsidies by 2025; an ‘adequate’ price on carbon, and more transparency over climate change risks.

Sabine Nallinger, Managing Director of the German environmental NGO Stiftung 2°,which co-ordinated the statement, said: "The companies make clear that global decarbonisation is already taking place and will need to be accelerated”.

"Those who stay on top of this trend will shape the transformation and benefit most from the value creation in a future low-carbon economy”, he added.

You can read and sign the Declaration on Climate Finance here. 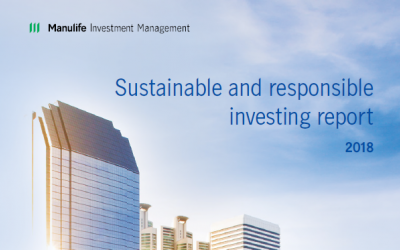