New figures from Australia’s Clean Energy Regulator has shone a light on the record amount of new solar power installations over the past year.

New figures from Australia’s Clean Energy Regulator has shone a light on the record amount of new solar power installations over the past year.

The agency released figures this week that showed that a record 1057 megawatts (MW) of solar PV had been installed across Australia, mainly on rooftops. It also expects the figure to go higher as more data from the government’s Small-scale Renewable Energy Scheme comes in.

This is the equivalent of 9500 solar panels being installed every day, totalling 3.5 million over the year. The record year was a 41 percent increase on 2016, highlighting the strong role renewables are now playing for households and small businesses.

The state of Queensland, in the country’s north-east, installed a record 205 MW, followed by New South Wales on 246 MW. The data shows that solar is becoming increasingly popular in Australia’s suburbs and smaller cities, which recorded the highest concentrations of new installations.

"Our data shows consumers are embracing renewable energy to take control of their electricity bills", he added.

The Australian Government first introduced a Renewable Energy Target in 2001 to encourage the growth of clean energy technologies. Since then the target has gone through a number of changes, including  being both increased and decreased, as the government's level of ambition wavered. In 2015, the small-scale target was introduced, which provides financial incentives to install solar technology, wind turbines, hydro and air-source heat pumps.

"The data collected by the Clean Energy Regulator in 2017 reflects the industry is going from strength to strength. It looks like 2018 will be another big year for the solar industry," Mr Williamson concluded. 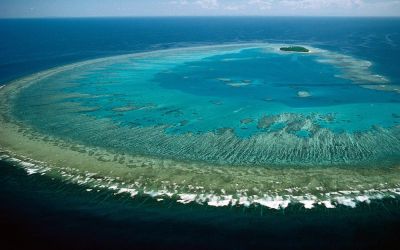