Climate Action recently spoke with Chris Stark, the new CEO of the Committee on Climate Change.

Climate Action recently spoke with Chris Stark, the new CEO of the Committee on Climate Change.

The independent climate body, which advises the UK Government and the devolved administrations and reports progress in tackling climate change to Parliament, was created after the UK’s landmark Climate Change Act was passed in 2008. This year the CCC celebrates its 10th anniversary.

Can you pinpoint what first motivated your interest in climate and energy issues?

I’m not an environmentalist in the conventional sense. I came to this from a position of the policy and economic challenge it presents.

And there isn’t an issue as compelling as climate change, or as fundamental as energy issues are to the whole economy.

There is so much we can achieve in the challenge to decarbonise and I want to bring a freshness and a boldness to that debate.

You are about 4 months into your new role as CEO. What do you see as the key areas of focus for the Committee on Climate Change (CCC)?

The CCC is a remarkable and unique institution. I’m very committed to maintaining its reputation for analytical rigour and growing the substantial stack of knowledge we have.

However, I think there are three areas where we can improve: ensuring our work has more impact and broader influence; looking beyond Westminster-based policymaking; and drawing together approaches to mitigation & adaptation.

Increasingly there are different types of policymaking on climate change being made in Scotland, Wales and the city regions. Look at what London is doing on transport emissions for example. I want us to be good at navigating these areas and engaging with them.

I also don’t want the CCC to be timid; when we have the evidence, we should confidently express our view.

The UK is notably doing less well in decarbonising its heat and transport sectors. Are there any easy wins to help progress in these areas?

Nothing here is easy, but I think there have been missed opportunities and we haven’t learned from what has worked in the past.

We should look at the successes in the electricity sector. We see there that where Government has a strong commitment and a clear sense what works, there are great results. The supporters of renewable electricity were proven right.

There are also low-cost options, such as making homes more energy efficient, that will help. We need new regulatory standards which can build new supply chains (in housing and the auto industry). These can help reduce the cost of investments and support the consumer. And placing the consumer at the heart of new policy in heat and transport is vital.

How realistic is a UK target to reach net-zero emissions by 2050? And would that world look radically different to the present?

I don’t have a clear view on this yet, but the net zero leap will certainly be a challenge.

Claire Perry (the UK’s climate minister) has said she will ask us to consider the UK’s long-term targets after the Intergovernmental Panel on Climate Change’s special report in October – repeating the analysis we did a decade ago. This will be one of the most important pieces of work we’ve yet undertaken.

What I can say is that the increase in temperatures won’t stop until global emissions reach net zero. We’ll be looking hard at the UK’s role in achieving that. 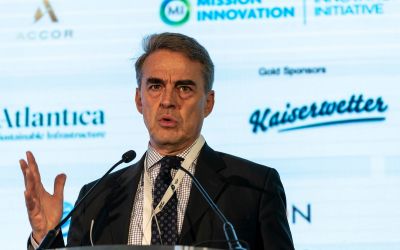 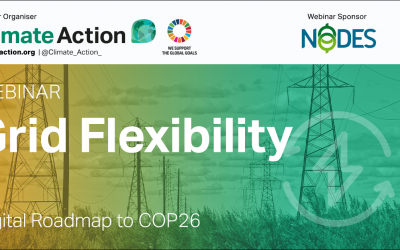