Today, an Avaaz petition signed by more than one million people to phase-out single use plastic worldwide within the next five years will be presented to UN Environment to support its Clean Seas campaign to end marine litter

PRESS RELEASE - 6 June 2017 - Today, an Avaaz petition signed by more than one million people to phase-out single use plastic worldwide within the next five years will be presented to UN Environment to support its Clean Seas campaign to end marine litter.

This comes as more than 20 countries have come forward to support the #CleanSeas campaign, which calls on governments, industry and citizens to end the excessive, wasteful usage of single-use plastic and eliminate microplastics in cosmetics, both major sources of marine litter, by the year 2022.

Head of UN Environment, Erik Solheim said: “So far over 20 countries have committed to reducing their plastic waste, but we need many more on board if we are to drastically reduce the 8 million tonnes of plastic already leaching into our oceans every year, causing havoc and endangering marine life. I thank all one million of you who have signed today’s petition, and I will be making sure countries understand people around the world want to turn the tide on this rubbish.”

Since #CleanSeas launched in February, major commitments from countries have been made including Indonesia committing to reduce its marine litter by 70 percent, Kenya is set to introduce a plastic bag ban in September, and Sweden will announce a major new financial commitment for global action on the marine litter issue.

The Avaaz campaign calls on governments to phase out single use plastic within the next five years and Erik Solheim, the Head of UN Environment, will be raising the concerns of the public in his address to the UN Ocean Conference and in his talks with governments.

Avaaz Campaign Director, Dalia Hashad: "Today we face a decision, do we want our oceans to be teeming with technicolor fish, clean water and coral reefs or suffocated in plastic trash? Over one million citizens around the world are telling our leaders that their choice is clear.  Banning single use plastic bags is a no brainer for the survival of our oceans and ourselves."

UN Environment Goodwill Ambassador, Adrian Grenier, who is a major ocean advocate having set up the Lonely Whale Foundation, will formally open the Clean Seas Experience at the Oceans Conference, offering a virtual reality tour of the impact of plastic pollution on the sea. Organizers hope that 1,000 delegates from government, private sector and civil society will visit the experience and make their own commitments to reduce marine litter.

The Clean Seas experience is supported by Dell, who have recently created the first commercial global ocean plastics supply chain. The company will be turning plastics collected from beaches, waterways and coastal areas into packaging for their products. This year Dell will use 7250 kilogrammes (16,000 pounds) of plastic and plans to increase annual usage tenfold by 2025.

Piyush Bhargava – Vice President for Global Operations, DELL said: “Addressing ocean plastics is a difficult yet solvable problem. It requires everyone’s participation and broad involvement. For our part, Dell has committed to put our technology and expertise toward scaling the commercial uses for ocean plastic building on principles of circularity. But open collaboration will be critical and we are calling on others in the private sector to join the effort to reverse the plastic tide.” 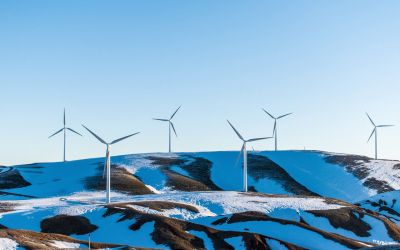