Gogoro, a technology company transforming how energy is distributed and managed in megacities, has announced plans to launch in Europe.

Gogoro, a technology company transforming how energy is distributed and managed in megacities, has announced plans to launch in Europe.

The scooter start-up will bring its two products, the Gogoro Smartscooter™ EV and the Gogoro Energy Network, to Europe in 2016.

The announcement follows news last week that the scooter start-up has received an additional US$30 million from the Taiwanese government’s National Development Council fund.

This will bring the company’s total funding to US$180 million.

“The greatest challenge of our time is determining how we manage, distribute and experience energy in smarter ways.

“Many European cities are embracing innovation and new business models to drive a more efficient and flexible energy future. This is why Gogoro is expanding into Europe in 2016,” said Horace Luke, co-founder and CEO, Gogoro.

The company also named Amsterdam as the first European city that will receive the Smartscooter.

The Gogoro Smartscooter™ EV and Gogoro Energy Network were designed to ignite this urban transition and Gogoro is working closely with Amsterdam and other European cities to make the transition to a new energy infrastructure a reality,” Luke added.

Gogoro launched its pilot scooter programme in Taipei, where it is based, over summer 2015.

The technology company worked closely with the Taipei City government during its first consumer test run and it has struck a similar partnership in Amsterdam.

The company said it will participate in the Smart City Experience Lab, an initiative by the Dutch capital to make urban life more environmentally sustainable.

“Amsterdam is widely considered a forward thinking global leader in smart city innovation and we are excited to be welcoming Gogoro to Amsterdam as a participant in Amsterdam’s Smart City Experience Lab and as Gogoro’s first European market,” said Ger Baron, CTO at the City of Amsterdam.

"Electric transport is not only the future, but happening right now. Gogoro is now bringing scooters to the 21st century and connecting them to the smart energy ecosystem.”

Gogoro also plans to open a store in Amsterdam during the first half of next year, before launching in other European cities. 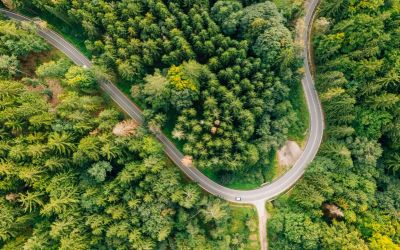