An earthquake in the American State of Ohio on New Year’s Eve may have been caused by the injection of high-pressure liquid used in the extraction of gas and oil, according to a seismic expert.

An earthquake in the American State of Ohio on New Year’s Eve may have been caused by the injection of high-pressure liquid used in the extraction of gas and oil during the process of fracking, according to a seismic expert.

Concerns have led the state to make the unusual decision of halting operations at five its deep-well sites in Youngstown. The wells, which sit some 9,000 feet below the earth’s surface, are used to hold the wastewater produced during the fracking process, where rock is injected with a mixture of chemical-laced water and sand to extract gas and oil. The procedure has remained controversial with many critics linking its methods to an increase in seismic activity. Last year, drilling near the UK town of Blackpool by Australian group AJ Lucas was halted after 50 seismic events were recorded in the region.

Questions had been raised as to whether the Ohio quake, which measured 4.0 on the Richter scale, occurred naturally with the Midwestern state hiring an expert to investigate the seismological data in an area where quakes are seldom.

“We know the depth (of the quake on Saturday) is two miles and that is different from a natural earthquake,” Won-Young Kim, a research professor of Seismology Geology and Tectonophysics at the Lamont-Doherty Earth Observatory at Columbia University, who is advising the state of Ohio, told Reuters. By collected data from four seismographs set up prior to the quake, Kim found that there was a direct link between the seismic activity and the pressure of 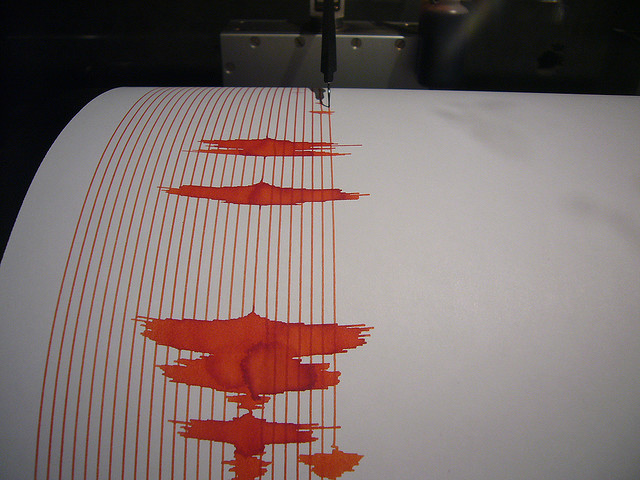 the wells. “There is circumstantial evidence to connect the two. In the past we did not have earthquakes in the area and the proximity in the time and space of the earthquakes matches operations at the well.” Kim added that the Saturday’s quake was not the first that could be linked to fracking in the area. “We have several examples of earthquakes from deep well disposal in the past.” In 2011, a 4.2 magnitude earthquake is believed to be of a direct consequence of deep-well injection, in much the same way a simular earthquake was back in 1987, says Kim. He added that Ohio is currently carrying out research into the cause of a further 10 quakes that struck the Youngstown region in 2011.

A decision as to whether the suspension of fracking in Youngstown will be upheld is expected as early as today, a spokesman for Ohio Governor John Kasich told Reuters.