UK-based banking giant has successfully issued a €500 million green bond - the first of its kind in the UK to use funds backed by domestic assets.

UK-based banking giant has successfully issued a €500 million green bond - the first of its kind in the UK to use funds backed by domestic assets.

The €500 million bond will mature in 2023 and was greatly oversubscribed; the final order book reached almost €2 billion.

Barclays intends to use the funding to refinance mortgages on residential properties located in England and in Wales based on their carbon intensity.

More specifically, properties which will benefit are in the top 15% of the lowest carbon intensive buildings.

Barclays identified these properties from the Energy Performance Certificate (EPC) data provided by the UK government earlier this year.

The bank received an opinion report from the Carbon Trust which confirmed that Barclays green bond framework aligned with the principles set by the International Capital Market Association.

The announcement came almost a month after the UK government set its plans through a new Clean Growth Strategy to expand the market for “green mortgages”.

As reported by BusinessGreen, Tushar Morzaria, Group Finance Director at Barclays said that the issuance was “an exciting step” that empowers Barclay’s involvement in the green bonds market.

He said: "It will help us diversify our investor base, attracting interest from the growing group of environmental, social and governance (ESG) investors”.

"Today's announcement also reflects the efforts of our Green Banking Council, which is committed to the development of innovative products and services that support our clients and customers in their transition towards a low carbon and sustainable future”, he added.

According to the Climate Bonds initiative, the green bond market has reached $93.7 billion in 2017 and is on track to surpass $100 billion by the end of the year.

Sean Kidney, Founder and CEO of the Climate Bonds initiative commented: "The UK green bond market has been slow to develop, lagging many G20 and EU nations.”

UK Climate Change Minister Claire Perry welcomed the announcement, and she stressed the UK’s position as a green finance hub.

"The government recognises the potential for the UK to cement its position as a global hub for investment in clean growth, and this is why we set up the Green Finance Taskforce with Barclays as a member”.

"Today's announcement is an exciting moment for the UK market in demonstrating global leadership in the green finance sector and it's great to see the first green bond for the UK market, using UK assets”. 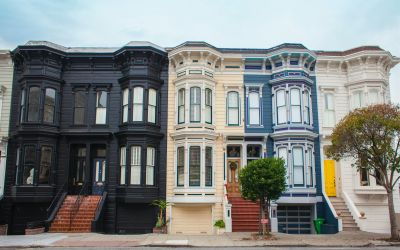