The first North American Climate Summit took place on 5 December in Chicago, with more than 40 US mayors in attendance.

America’s Pledge co-chair Michael Bloomberg welcomed Barack Obama’s endorsement, hoping that it will “draw even more international attention to the bottom-up progress our country continues to make on climate change”.

He added: “We hope it will encourage more city, business, and civic leaders around the country to join our growing coalition”. 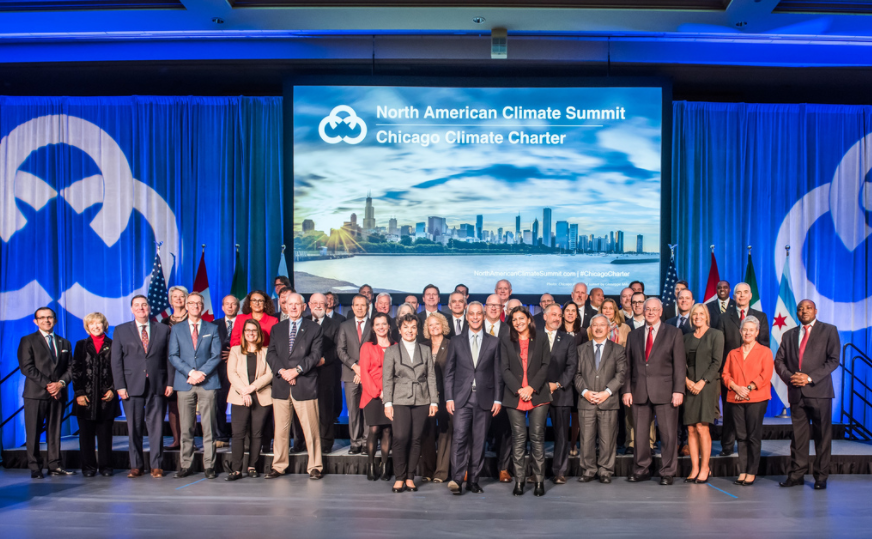 By signing the Chicago Climate Charter, cities are pledging a series of climate commitments, such as reducing carbon emissions in line with the Paris Agreement, reporting city emissions using best practices of measurement and transparency, incorporating climate change parameters into local infrastructure and emergency planning through climate adaptation and resilience strategies

Mayor Rahm Emanuel commented: “Rather than burying our heads in the sand, Chicago is working with cities across the country and around the world to address the threat of climate change”.

“The Chicago Climate Charter represents tens of million residents who are committed to confronting climate change head-on. Even as Washington fails to act, cities have the power and will to take decisive action to protect our planet and the health and safety of our residents”.