Agriculture and climate change – the challenges and opportunities

The question of how to ‘climate proof’ our food systems is no longer a theoretical issue but a matter of pressing importance. Communities must work together to achieve food security and conquer hunger.

Although some people like to think that the effects of climate change are still decades away, extreme weather events associated with the changing climate are already having an impact on global food production and the world’s ability to feed itself. The clearest examples of these are the droughts in key producing regions that have hit yields of staple crops in three of the past five years, contributing to food price spikes. Recurrent droughts are also affecting production in dry land countries, as can be seen in the Sahel and the Horn of Africa.

The Future We Want

The Outcome Document of the Rio+20 UN Conference on Sustainable Development (The Future We Want, A/RES/66/288, September 2012) stresses that adaptation to climate change is an immediate and an urgent global priority. It recognises that climate change is one of the greatest challenges of our time, noting that all countries, particularly developing countries, are vulnerable to its adverse effects. The conclusion follows that it seriously threatens food security and hinders efforts to eradicate poverty and achieve sustainable development.

The document also recognises that hunger eradication is the central element in sustainable development, since no development can be sustainable as long as hundreds of millions of people remain hungry.

Confronting the dangers together

No single blueprint can be used to address the impacts of climate change on ecosystems and on the livelihoods of millions of farmers and consumers or to promote sustainable development, as the Rio+20 Outcome Document makes clear. This is important because even as a consensus has been reached of where we should be heading, countries have retained the freedom they need to choose their priorities, the paths they will follow, and the speed at which they will move.

This does not mean that they need to go it alone. The international community and local non-governmental stakeholders – from civil society to the private sector – have important roles to play, helping to design and implement nationally led and owned processes.

5.      Facilitate participation of all stakeholders in decision-making and implementation.

To articulate these changes FAO, together with other partners, has forged the concept of Climate-Smart Agriculture (http://www.fao.org/climatechange/climatesmart). The aim is to combine increasing farm productivity and incomes with strengthening the resilience of rural communities to climate change and variability; and also with contributing to climate change mitigation by adopting farming practices that cut greenhouse gas emissions and increase levels of carbon storage in farmland.

There is a growing body of experience among farmers of innovative approaches to food production that contribute to all three objectives and, at the same time, result in better soil health, more efficient water management and greater diversification in farming systems. These practices, defined by FAO using the paradigm ‘Save and Grow’ (http://www.fao.org/ag/save-and-grow), build on natural ecosystem services to provide more sustainable crop intensification. They produce more from the same area of land while conserving resources, reduce the use of fossil fuels and other sources of greenhouse gas emissions, and enhance natural capital and the flow of ecosystem services.

With support, farmers can adapt a range of techniques to local conditions. This process of adaptive research involves partnership between farmers, researchers, extension workers and agro-dealers. One successful example is Conservation Agriculture, which has been taken up by small- and large-scale farmers on over 100 million hectares worldwide. 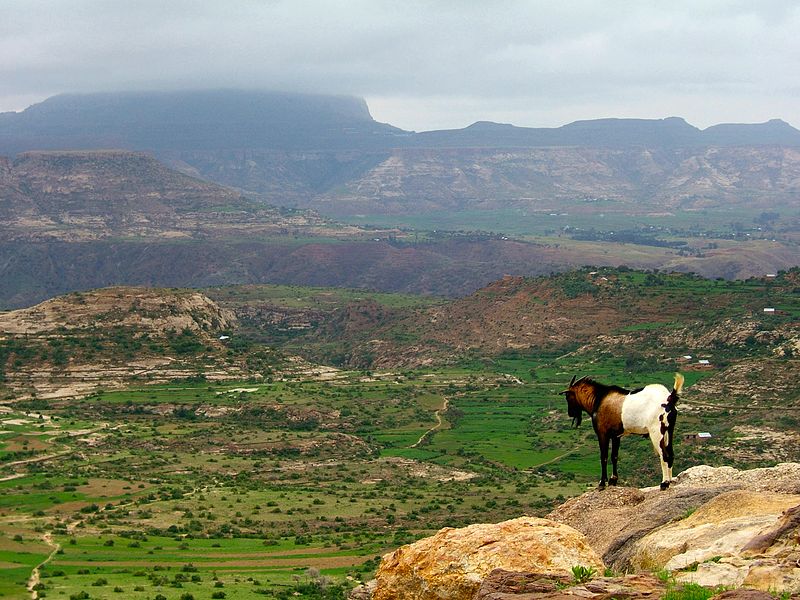 Bringing about the necessary changes in food systems has to start with building up the capacityof the people most directly involved in those systems – the world’s 500 million smallholders and their families. It requires a combination of short- and longer-term initiatives that help people survive immediate crises while enabling them to develop the ability to resist future shocks. Sharing knowledge of possible solutions through engaging farmers in identifying the impacts of climate change and in testing possible location-specific solutions must be a central part of any response.

Promising approaches include payment for environmental services, giving poor rural families an income while at the same time preserving natural resources and biodiversity; and cash-for-work programmes, including those financed from funds to mitigate the impact of climate change, that provide families with income while also creating infrastructures such as water storage or irrigation facilities. In Somalia and other countries we have seen how cash-for-work programmes can be integrated into emergency responses.

But, to build resilience to shocks induced by climate change, prevent asset depletion and ensure accessto adequate food, social protection systems need to be expanded significantly in vulnerable countries and, when possible, linked to smallholder production to create virtuous cycles of local development.

The priority must be in Africa because, although it is the region that contributes least to greenhouse gas emissions, it is here that agriculture is likely to be most adversely affected by climate change. Many African countries are already suffering from protracted emergency situations, which call for large-scale measures aimed at building resilience within rural communities to extreme climatic events as well as to the global food price rises that these may induce. 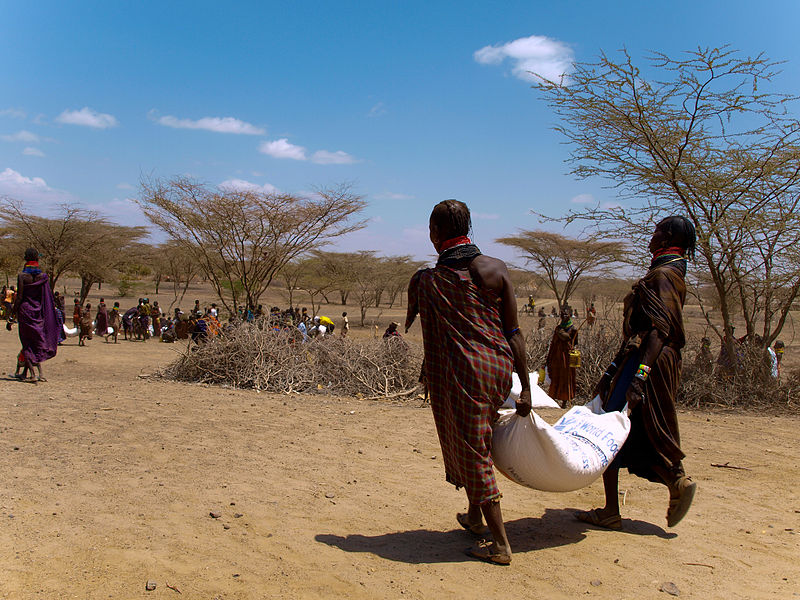 As we are learning from the experience of Ethiopia’s Productive Safety Net Programme, it is feasible to protect rural people from the worst effects of drought and food price hikes and thereby reduce the need for emergency interventions. FAO and its partners are starting to apply similar approaches in Somalia and in the countries of the Sahel, so as to ensure that farmers who face extreme weather events are not forced either to sell their productive assets to survive or to abandon their homes in search for food.

The case for concentration of efforts to promote socially and technically sustainable farming systems in Africa is all the stronger from a hunger eradication perspective, as this remains the region in the world with the highest proportion of hungry people:over 234 million are undernourished in sub-Saharan Africa as a whole, nearly 27 per cent of its population.

Of particular concern are the countries in the Sahel and Horn of Africa, which have been hit by recurrent droughts and where approximately 25 million people are in immediate need of assistance.

FAO’s strategy focuses on interventions that provide immediate relief but also build the resilience of recipients to surmount future crises. This link between emergency response and long-term development is crucial to advance towards sustainable food security, especially in Africa. Examples of actions that helps bridge these two aspects are the distribution of seed of improved local crop varieties, cash-for-work programmes, linkages between small-scale farming and social protection networks, distribution of small ruminants – a source of milk and meat but also of capital growth – and help to combat the threat of plagues and pests such as the desert locusts.

FAO will work with interested governments in the region in planning and implementing a shift to sustainable and resilient production systems that diminish the frequency with which people have to face emergency situations.

Finally, we must move quickly and decisively to cut food waste and over-consumption. Globally, one-third of the food produced is currently wasted or lost due to spoilage, damage and other causes – a scandalous fact in a world where nearly 870 million people go hungry. Cutting this wastage offers a way of quickly reducing agriculture’s carbon footprint by some 30 per cent, while also taking the pressure off natural resources. Policies to curb over-consumption of food, adopted mainly for their potential to reduce future human health burdens, will also play a significant role in cutting future food demand and hence in reducing agriculture’s contribution to greenhouse gas emissions.

More efficient use of resources

In conclusion,even in the absence of climate change, food systems have to be made much more efficient in their use of resources and more resilient to shocks, at every scale from the farm to the global level. Doing so will play an essential role in saving lives, greening the economy and contributing to sustainable development and human progress. The UN Secretary-General’s Zero Hunger Challenge, issued at Rio+20, pushes us in the direction of a more sustainable and inclusive future. It consists of five elements:

·        100 per cent increase in smallholder productivity and income; and

Big problems require bold goals. The Zero Hunger Challenge can help society as a whole embrace this cause, backing and pushing governments to transform political will into action at the scale needed to eradicate hunger.

The sooner we act, the better. The hungry can’t wait. And our planet will thank us.

José Graziano da Silva is the Director- General of FAO. He has had a distinguished career in the fields of food security, agriculture and rural development, and led the design and initial implementation of the Zero Hunger programme in Brazil that helped lift 28 million people out of extreme poverty.

The Food and Agriculture Organization of the United Nations (FAO) has the mandate to raise levels of nutrition, improve agricultural productivity, better the lives of rural populations and contribute to the growth of the World Economy. Achieving food security for all is at the heart of FAO’s... 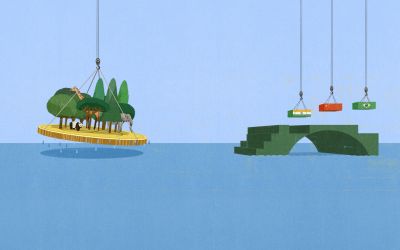 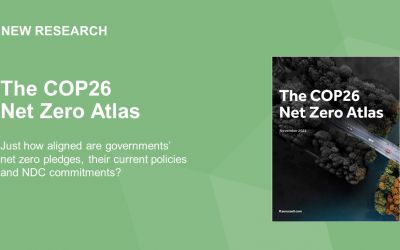 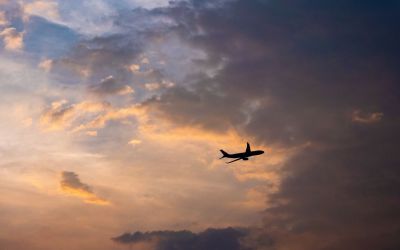 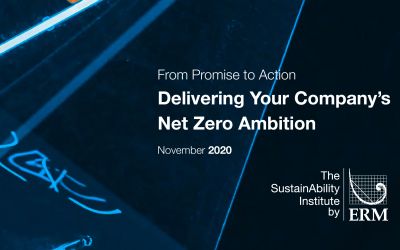