Hi Eugene, great to have you with us for our interview series. You joined us last year for the 11th edition of the Sustainable Innovation Forum in November. A key technological solution that was discussed through the week was Hydrogen and a lot of governments around the world are turning to this as a critical technology for decarbonisation. Where are we with hydrogen right now?

There is a lot of momentum around hydrogen at the moment, from government policy announcements, to corporate commitments, and consortia and projects coming together.  There’s increasing awareness that we can’t get to net zero without it, so the idea that hydrogen could be critical to decarbonising ‘hard-to-decarbonise’ sectors is very much mainstream, which along with the momentum on tackling climate change more broadly, is very welcomed.

However, we need more than momentum. We need concrete plans to deliver on the commitments which have been made; investment to support early projects and proven technologies; coordination across the multiple sectors involved in producing, distributing, and using hydrogen, and business models creating the incentives to grow the hydrogen economy from end to end. If we can get this right, we will start to see the capacity being announced and passing financial sanction, approaching the ambitious targets we’ve set ourselves.

There are many industries that can benefit from hydrogen becoming a bankable clean energy source, which industries do you see this having the greatest impact for decarbonisation?

Hydrogen is often linked to the ‘hard-to-decarbonise’ sectors – aviation, shipping, long-distance road freight, high temperature industrial processes, cement, steel, and plastics as well as coupling with intermittent renewables. In other words, there are many areas where hydrogen can make a big difference.

In terms of how Johnson Matthey is helping, throughout our 200-year history we have been part of many technological breakthroughs. We see clean hydrogen as a key part of addressing those ‘hard-to-decarbonise’ areas, where our focus is on:

Whilst governments around the world look to hydrogen to achieve their emission reduction commitments, there are still huge gaps in investment, infrastructure and the technology itself. What needs to be done by both governments, businesses and the investment community to realise hydrogen’s full potential?

Whilst I would agree that significant investment is required across the whole value chain – trillions of pounds globally across production, distribution, and use of hydrogen – one thing I would point out is that technologies exist today to make much of this happen. In the future new technologies will certainly be developed across the value chain and costs will come down significantly. Taking the production of hydrogen as an example, technology currently exists to produce hydrogen from natural gas and capture more than 95% of the CO2 emissions.

Johnson Matthey’s LCH™  technology captures >95% of emissions, with a lower capex, opex, and a smaller footprint than competing technologies. This is why it has been selected for the HyNet project in the northwest of England, one of the UK’s leading clean hydrogen projects.

What is needed to spur things forward, along with pure financial investment and government support, is the business model to encourage further investment in the next wave of projects, and the next wave beyond that. This will help mitigate risk to the early movers who will prove it works, whilst incentivising improvements in the technology, genuine competition, and further investment.

There is a lot of disagreement around the grey, green and blue hydrogen and which should be prioritised?

One thing which is clear is that continued production of grey hydrogen will not move us towards our goals of tackling climate change. If CO2 emissions can be captured ‘post-combustion’, this may be a different matter, but grey hydrogen is not really part of the ‘clean hydrogen’ conversation.

As for blue and green, we firmly believe that both have a role to play and will do for some time. Blue hydrogen will likely be attractive in countries and regions with significant gas reserves and a favourable geology for carbon sequestration, and green hydrogen needs to continue on its cost reduction journey to be competitive, and may be preferable where low-cost renewables are readily available. Of course a system of international trade in clean hydrogen would start to blur even these lines, which is OK, as the key is not ‘blue’ or ‘green’ hydrogen, but ‘clean’ hydrogen.

Many believe we have entered a decisive decade for climate action, and as we enter a year which sees the crunch UNFCCC COP take place in Glasgow this November, what do you see as the critical gaps which must be addressed to put us on track over the next 10 years to achieve Net-Zero emissions by 2050? (e.g. public commitment, private/public investment, technical advances)?

Whilst COP26 is of course vital, we see it as one staging point on a much longer journey. The UK was the first major economy to set in law its commitment to net zero by 2050 and others are following.   Currently, regions, countries and states representing around 57% of global GDP and 55% of CO2 emissions have committed to achieving net zero by 2050.  The whole world has moved from talking and theorising to being ready for action, and now we need to act – whether sparked by Covid or because we see the immediate need to change course, many of the required technologies are ready and investments are ready to go – we just need to get going. 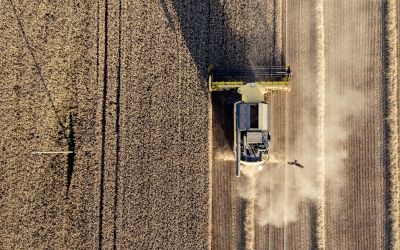