Spain’s transition to a low-carbon economy is making strong progress with almost half of all power now coming from renewable energy.

Spain’s transition to a low-carbon economy is making strong progress with almost half of all power now coming from renewable energy.

Fresh data from Red Eléctrica de España, the country’s energy operator, shows that 45.8 percent of all electricity came from renewable sources between January and June.

The new statistics for 2018 highlight a 8.5 percent increase in renewable production compared to the same period last year.

The strong performances of both wind turbines and hydropower provided the bulk of the clean energy: wind provided 27,779 gigawatt hours (GWh) of electricity during the first six months of the year, representing 22.6 percent of all power. This is a 10 percent rise from last year.

A heavy period of rain, in stark contrast to a dry 2017, helped hydro production reach over 20,000 GWh, equal to 16.9 percent of power. Solar technologies provided 4.6 percent. All low-carbon technologies, including nuclear, pushed the figure to 67.5 percent.

In the past decade, Spain’s amount of installed renewable power has increased by 53 percent, according to Red Eléctrica. The company is working on bringing forward 30,500 megawatts of new capacity to further support the integration of renewables onto the grid, and wean the country off its dependence on fossil fuels.

Analysts expect the strong upward trajectory for clean power to continue as countries seek to combat climate change and meet their goals under the Paris Agreement. BP’s yearly forecast in February anticipated a 400 percent growth in the market over the next 20 years.

Photo: a wind farm in Cadiz 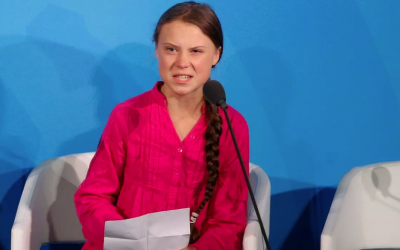