A major new report for the UK Government has highlighted the huge economic potential presented by the world’s oceans.

A major new report for the UK Government has highlighted the huge economic potential presented by the world’s oceans.

But it also warns that environmental threats, such as plastic waste and ocean acidification, need to be tackled or its economic value will be lost.

The Foresight Future of the Sea report, published by the UK’s Government Office for Science sees a number of key areas where the oceans can provide opportunities. These include the need to collaborate on fighting climate change, greater use of innovative technologies, such as autonomous vehicles, and improving our understanding of the sea.

The authors point out that the potential economic value of the ocean economy is set to double in the next 12 years to reach an estimated $3 trillion. However, our lack of understand of the oceans, and lack of co-ordination on addressing its threats, put these benefits in jeopardy.

Humans are increasing their reliance on the world’s oceans, partly due to a growing global population, and the exploitation of offshore energy resources, fishing, and seabed mining. These activities, combined with climate change “will compound declining fish stocks, coastal infrastructure, and other economic activities that rely on a healthy and resilient marine environment”, says the report.

The amount of plastics in the ocean is also estimated to treble up to 2025 and ocean warming could increase to 3.2 degrees by the end of the century, depending on how quickly the world reduces its carbon emissions.

It’s precisely within this context that the authors see an opportunity to utilise advancements in science and technology to help coordinate efforts and reduce impacts through growing our understanding.

Increases in data collection, for example, projected to rise 40-fold by 2020, and the development of new autonomous vehicles can help us address these threats. Autonomy is “likely to be the single most important marine technological development”, say the authors, as we increase our reliance on remotely operated vehicles and satellites.

With this increase comes the opportunity to better understand the activities of marine life, reduce pollution and improve decision-making.

Foreign and Commonwealth Office minister Lord Ahmad of Wimbledon commented on its findings: “Both the opportunities and the challenges set out in this important report are global in scale and demand our urgent attention.

“We must keep pushing our scientific understanding of the oceans, harness new technologies, and support commercial innovation. Most of all, we must ensure that governments keep pace with this changing environment. International collaboration remains crucial in order to realise the fullest benefits of our marine industries and scientists, for the UK and the world”. 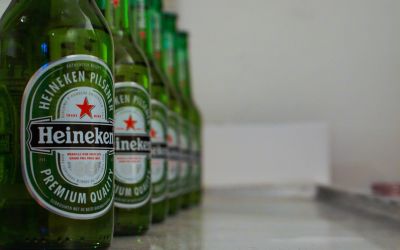