In a new statement by the Environment Ministry, France has committed to ban all deforestation imports by 2030.

In a new statement by the Environment Ministry, France has committed to ban all deforestation imports by 2030.

In accordance with the commitment made in the ‘Climate Plan’ adopted in July 2017, five French Government departments have announced the adoption of a new nation strategy to end deforestation caused by the import of unsustainable forest or agricultural products.

This ban includes palm oil, beef, wood, soy and other products that are linked to deforestation.

Between 1990 and 2015, the global forest area was reduced by 129 million hectares, which is eight times the size of the French Metropolitan forest. This deforestation has led to an 11 per cent increase in greenhouse gas emissions.

The Government has released a National Strategy to Combat Deforestation which comprises 17 important goals. This strategy involves adopting a ‘zero deforestation’ public procurement policy by 2022.

To ensure the plan has a national reach, the strategy aims to bring together companies, NGOs and public authorities.

This week the UK, France and Germany called on the European Union to launch tough new action to halt deforestation by the end of this year.

This announcement follows a new report that found that Mondelez, the company responsible for Cadbury and Oreo, has destroyed over 25,000 hectares of orangutan habitat. Iceland’s Christmas TV advert, which was banned for being too political, also explicitly showed the devastating effects of palm oil deforestation. 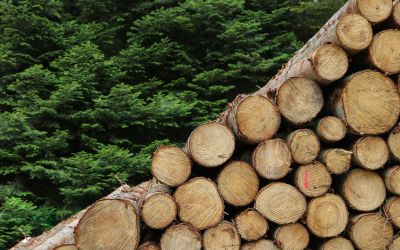