For the first time, a pilot project called Alacaes is developing a new system that stores electricity in the form of compressed air in the Swiss Alps, with the support of the Swiss Energy Ministry

For the first time, a pilot project called Alacaes is developing a new system that stores electricity in the form of compressed air in the Swiss Alps, with the support of the Swiss Energy Ministry.

The role of energy storage innovation is crucial in the development of renewable energy because as the sun and wind do not generate energy on a regular basis, this new technology could be a turning point in energy transition. Giw Zanganeh, a young engineering graduate of the Federal Technology Institute ETH Zurich, Switzerland, is working on a way of storing energy involving compressed air.

“Excess electricity is used to power a compressor, which pumps air into the cavern. When needed, the direction of the flow is reversed to convert the compressed air back to electricity using turbines.” Zanganeh commented.

The $4.1 million energy storage project is being developed in a tunnel north of Biasca, Switzerland. In the dark tunnel, in which the researchers have not made any changes, two high tech compressors are used to pump air into the cavity towards the air storage room. The air storage room is 100 metres long and it contains air compressed to the equivalent of water pressure at 300 metres under the sea, 33 bar.

Zanganeh said: “Working under these conditions is one of the major challenges of the project.”

During the test phase of the project the engineer studies the rock-mass behaviour under high pressure in order to test rock permeability and look for any vibrations. The risk of triggering an earthquake is however very low in comparison with geothermal plants as this technique does not drill into the rock, according to Zanganeh.

The Compressed Air Energy Storage (CAES) technology has existed since the 1970s, with two older projects in salt caverns in Germany and in the US, but the Biasca is more efficient thanks to a new heat recovery process. The two previous projects never managed to conserve the heat produced when the air is compressed – the temperature can reach up to 550C, but Zanganeh has developed a way in which to retain this energy and use it during the phase that converts air back into electricity, giving the project an increase of efficiency of 27-22 per cent compared to the other plants.

Zanganeh said “It’s getting close to the pumping turbine efficiency in hydroelectric plants. We are, however, less expensive and more sustainable from an environmental point of view. You don’t need to dig up the landscape to make dams and reservoirs.”

Maurizio Barbato, professor at the Institute CIM for Sustainable Innovation, at the University of Applied Sciences and Arts of Southern Switzerland said: “In addition to the low environmental impact, using compressed air could guarantee the supply of large quantities of energy for a long period. Demand will be increasing for this in the future.”

Switzerland already has the most important electricity storage capacity in Europe, with ten per cent of the electricity produced in the country that could be stored in pumping turbine systems compared to an average 5 per cent in the rest of Europe. According to Sophia Haussener from the EPFL’s Laboratory of Renewable Energy Science and Engineering, the Swiss government is trying to increase the country’s storage capacity by two or three times, with its Energy Strategy 2050.

The compressed air technology is not ready to be used however, as pointed out by Barbato, who is following the Biasca project from afar via the Energy Turnaround National Research Programme (NPR70), because the use of stones does not allow the necessary constant temperature for the air flowing that would enable turbines to work properly.

Sophia Haussener said: “[Alacaes technology]’s limit is perhaps its energy density, which is relatively low: the quantity of energy that can be stored per unit of volume is 5-10 times smaller than that of a rechargeable battery.”

The Federal Institutes of Technology in Lausanne (EPFL) and Zurich are in partnership to try and improve the technology – by using metal alloys for example – which could be used especially in Northern Europe where there is a large production of wind power. However, the system would only work in areas with mountains because of the need to make important subterranean air storage facilities for wind parks on the plains. Moreover, most mountain bunkers and tunnels are not the right size for the technology, and cubes and spheres fit the purpose better. According to Zanganeh’s calculations, a cube of 48 metres per side would enable an electricity capacity of 500 MWh – the approximate equivalent of what a city of 70,000 inhabitants consumes in 12 hours.

The success of the Alacaes technology could help stabilise the European electricity network, and make renewable energy networks more reliable. 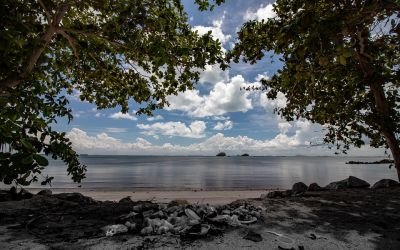