According to new figures published as part of Energy Networks Association’s (ENA) Gas Goes Green Programme, British homes are set to benefit in the next 12 years as a result of gas network company investment.

The figures show that by 2032, investment in replacing old iron mains gas pipes with new hydrogen and biomethane-ready pipes will have taken the equivalent of 526,433 cars off the road since 2014, as a result of reduced methane natural gas emissions.

Reducing methane gas emissions is vital in the fight against climate change as it has a global warming potential 21 times greater than that of carbon dioxide.

Ofgem figures show that this transition to hydrogen-ready pipes will save consumers £1.3bn between 2013-21.

If current investment plans are approved by the energy regulator, Ofgen, emissions are expected to drop by another 55.6 percent by 2032, the equivalent of taking an additional 347,310 cars off the road since 2020.

By 2032, the programme will have achieved a 66 percent reduction in CO2 equivalent emissions from the gas grid.

However, this is dependent on whether Ofgem invests in the programme. David Smith, Chief Executive of Energy Networks Association, said: “The emissions reductions we can deliver going forward are dependent on the decisions due to be made by Ofgem, and it’s important that the regulator recognises the wider impact of its decisions in this area.” He continued by saying, “If it fails to back that investment, then not only do we risk missing out on those reductions; we risk missing out in having the infrastructure we need to put Britain at the front of the pack of the international race for hydrogen.” 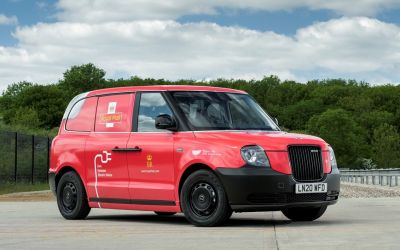