Capita’s existing contract with TfL will be extended from October 2021 to October 2026 and be worth £335m. The contract extension will see Capita work on the expansion of the ULEZ, Direct Vision Standards (DVS), LEZ and their operations, starting in late 2026.

Helen Chapman, TfL’s Director of Licensing, Regulation and Charging, said: “The expansion of the ULEZ will be transformational, reducing road transport NOx emissions by around 30 percent and improving air quality for millions of Londoners.”

Capita will also be responsible for running the registration and monitoring service for the new DVS scheme for HGVs which will measure how safely an HGV driver can see through their cab windows, preventing unsafe vehicles from using London’s roads, with the goal of reducing the number of overall injuries and fatalities.

The business process outsourcing company will transition the existing technology – used to operate the CC, LEZ and ULEZ, and which processes an average of 1.5m roadside images a day – to the Cloud. This move will allow the company to scale the service quickly to incorporate the ULEZ expansion being delivered on behalf of TfL.

Jon Lewis, Capita’s chief executive officer, said: “working with Transport for London, we will roll out new, expanded programmes that reduce the effects of air pollution on Londoners and make the streets safer for all road users and pedestrians.”

Capita plc announced that an estimated 900 new staff will be recruited and trained to deliver the expanded service. The company has said that the majority will be able to work remotely and will even be encouraged to work from home.

The ULEZ and the CC are key to the Mayor of London and TfL’s strategy to reduce traffic and air pollution across the city.

The world’s first ULEZ has already reduced 44 percent of roadside NO2 and 79 percent of vehicles entering the area meet its emission standards. 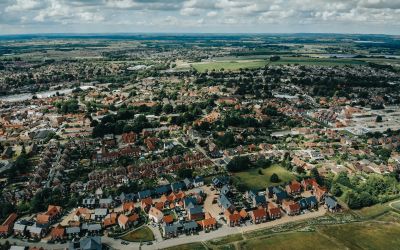