The Danish pension company is expanding voluntary reporting on its climate footprint. CEO Torben Möger Pedersen encourages others to follow the same path and work as chairman of the climate partnership on finance in parallel on future standards.

The Danish pension company is expanding voluntary reporting on its climate footprint. CEO Torben Möger Pedersen encourages others to follow the same path and work as chairman of the climate partnership on finance in parallel on future standards.

Torben Möger Pedersen: “It’s easy enough to have a little more fluffy statements and objectives, but it only becomes serious when you start measuring on the various parameters that are included in these ESG key figures. If you do not have control of e.g. your CO2 emissions, you also have a hard time calculating whether you are moving in the right direction."

Therefore, at the request of, among others, Danish Auditors, the pension company published ESG key figures for the first time in 2019, which were approved by the auditing firm EY and are based on standards that make it possible to compare e.g. greenhouse gas emissions and follow developments.

In 2020, the work has been expanded with several key figures for e.g. listed equity, investments in corporate bonds, in non-listed companies and the imprint from the portfolio of real estate. In total, Pensiondanmark today has key figures for 1/2 of the portfolio, says Torben Möger Pedersen, who encourages others to follow the same route, even though it is not yet a requirement.

“It is a prerequisite for us to move in the ambitious direction that the Danish Parliament has adopted – that we have as precise measuring tools as possible available. We hope that others do as we do and have it audited so that we have the highest assurance that the data we publish is valid.”

The discussion on common standards for corporate climate data validated by auditors is not new. A study from the Danish auditors’ trade association FSR showed last year that only 18 companies out of the 100 companies surveyed had had the results stamped by an auditor.

In the autumn, the government’s climate partnership for the financial sector, chaired by Torben Möger Pedersen, was appointed to coordinate the work of developing standards for how companies can measure and report on their CO2 emissions. Both so that the companies themselves can follow the development, but also to give investors and lenders insight into the situation.

All driven by the development towards having to measure the climate footprint, Torben Möger Pedersen believes and at the same time points to the reduction of 70 per cent. in 2030, which Denmark is following.

“To be able to get there, we need to be able to measure the progress of all industries and all industries. Therefore, it is a prerequisite for reaching the goal of 70 per cent. the ambition is that we have solid and credible measuring tools."

The carbon footprint of PensionDanmark’s total investments in these asset classes (exclusive RE infrastructure)  was reduced by 16% to 49.5 tonnes/EURm in 2020 from 58.7 tonnes/EURm in 2019.

Pensiondanmark has committed that the total portfolio at latest in 2050 – and probably much earlier – must not contribute to greenhouse gas emissions (net-zero commitment) and we feel that we are on track.

This article was first published here. 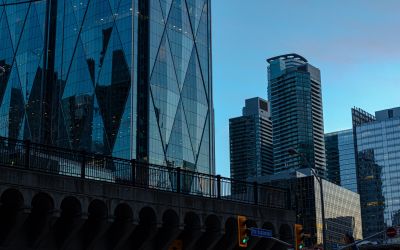 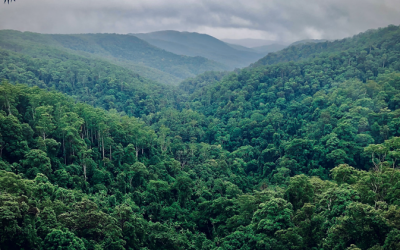