Germany powers through 2018 with 42% renewables record

113 terawatt hours of electricity was generated by all renewable technologies, mainly consisting of biomass, wind and solar energy, and equivalent to 41.5 percent of all power. This is a 4 percent increase on last year’s figure of 37.6 percent.

The preliminary data for 2018 led some analysts to predict that the entire year will beat last year’s record of 37.7 percent. The dominant technologies, wind and solar, complement each other with each providing the most power in either summer or winter.

Twice this year, renewable technologies have surpassed energy demand in Germany with the latest taking place during the May Day public holiday.

Despite the good news, the data highlights the country’s continued dependence on fossil fuels for a large amount of its power needs. A combined 37.6 percent came from coal between January and June, with the highest share coming from the most carbon-intensive lignite coal. Gas plants were much lower, though, dropping to 7.2 percent.

The new coalition government in Berlin has given up hopes of meeting its climate target of reducing carbon emissions to 40 percent by 2020. The Federal Government now expects to limit emissions to 32 percent, compared to 1990 levels, due to “unexpected” economic and population growth. Angela Merkel’s new government still has aspirations that it can achieve its much higher 55 percent target by 2030. 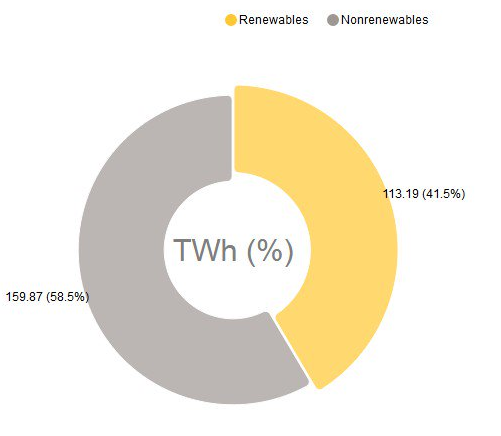 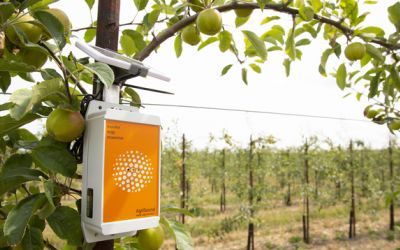