UNESCO International Centre on Mediterranean Biosphere Reserves is located at the headquarters of the Abertis Foundation in Castellet castle (Barcelona) and was declared on 14 November 2013 at the UNESCO General Conference in Paris and officially inaugurated by UNESCO’s Director-General Irina Bokova on 5 April 2014. 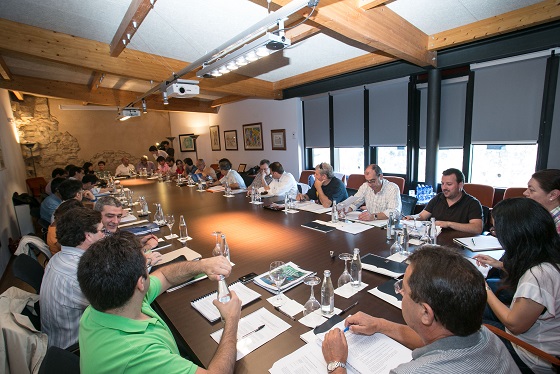 This is the first public-private initiative of its kind in this sphere under UNESCO auspices. The Centre will serve as a model for scientific cooperation between the two shores of the Mediterranean and provide an excellent platform of information exchange and sharing on all issues related to biosphere reserves and their sustainable development.

Among the main strategic objectives of the UNESCO International Centre are the forging of stronger relationships between the various Mediterranean Biosphere Reserves and the promotion of research on the main environmental themes at present on both coastlines of the Mediterranean.

It is a special category two centre and its primary objective is to achieve the strategic goals of the UNESCO MaB programme. These centres render, in their home and neighbouring countries, technical assistance in areas of UNESCO’s competence through capacity-building and training, research and the establishment of networks for the sharing of information and knowledge.

The Centre is based on a protocol signed by the Autonomous Authority for National Parks (Ministry of Agriculture, Food and the Environment, Spain) and the Abertis Foundation, and enjoys the academic support and coordination of the Institute of Environmental Science and Technology of the Autonomous University of Barcelona (ICTA-UAB), a multidisciplinary centre that promotes academic research and postgraduate education in the environmental sciences undertaking advanced research in 21 specific areas of environmental sciences, covering natural, social and engineering aspects.