As the starting point for an ambitious climate policy should be the acknowledgement of facts, I would like to begin with three facts that are the basis for any climate policy.

First, the climate is changing. Second, this is mainly due to anthropogenic factors, that is human activity. Third, it is not yet too late to limit climate change to a reasonably manageable level.

In November 2014 the International Panel on Climate Change (IPCC) adopted a new report that once again underlined a core conclusion. In order to limit the global temperature rise to below two degrees Celsius it is not sufficient to make progress step by step here and there. What is necessary to limit the temperature increase to a still manageable level is immediate action to drive a comprehensive transformation of the economy and society.

This means in particular: We need to achieve an almost complete decarbonisation of the energy sector by the middle of the century and at the same time significant emission reductions in the industrial, building and transport sectors as well as in the area of land use – worldwide. In the long-term – that means by the end of the century – emissions of all greenhouse gases need to decrease to zero.

The EU is ready to submit its contribution in time

The EU has already agreed on an ambitious Climate and Energy Framework 2030. Many countries and commentators have reacted positively to the EU’s decision. Christiana Figueres, the Executive Secretary of the United Nations Framework Convention on Climate Change (UNFCCC), rightly acknowledged that it was a remarkable step for the EU to come out first with the outline of its contribution to the new agreement to be concluded next year in Paris (pictured left). 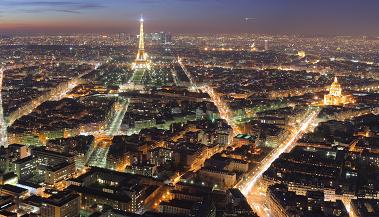 The EU’s Framework is a substantial achievement in terms of advancing climate protection and an important political signal – inside the EU but also internationally. With its decision on the Framework the EU has confirmed its leading position in promoting international climate protection. The EU target of minus 40 per cent by 2030 is among the most ambitious contributions already on the table. We now expect other countries to put their contributions forward in the first Quarter of 2015 as we agreed to do at the UN climate conference in Warsaw last year.

Additionally, if the negotiation dynamic in 2015 is right, the EU should be ready to go beyond 40 per cent domestic. The emissions target for 2030 is explicitly framed as a minimum target; our aim is to reduce emissions by “at least” 40 per cent. This is important. It means there is room to increase ambition over time. And I would like to stress that the German government will work to achieve such an increase in ambition. In the context of an international agreement we believe the EU should be prepared to go beyond the minus 40 per cent, including through the use of international market mechanisms. In summary: The EU is now ready to present a fair and ambitious contribution to the new climate agreement as agreed in the first Quarter 2015.

We need progress in Lima for a success in Paris

In order to limit the temperature increase to below two degrees all countries have to engage. This is why the international climate negotiations are so important. They are the only place we have where we can collectively agree on the necessary joint effort to protect the climate.

We need to reach the new climate deal at the UN climate summit in Paris (COP 21) in December 2015. In order to ensure that that happens we must make the necessary progress by each of the milestones on the way to Paris that will prepare the ground for what happens there. These include first and foremost this year's UN climate summit (COP 20) in Lima, Peru.

There are a number of steps that would ideally be taken in Lima to ensure the negotiations enter 2015 in good shape and we want to contribute to achieving them. These include:

The spotlight is on the new agreement. We should not however forget to revisit existing mitigation activities with a view to raising ambition, in particular in the period leading up to 2020. This is intended to address the apparent shortfall between the aggregate level of existing mitigation efforts and the level necessary to meet the two degrees objective. This shortfall has been identified in research findings amongst others by the United Nations Environment Programme (UNEP), in particular the UNEP Gap Report 2014.

In addition, the mobilisation of sufficient financial support, especially for the most vulnerable countries, will be crucial in driving low-carbon economic transformation and ensuring climate resilience. The Green Climate Fund (GCF) is expected to play a major role and is now in a very good position to do so: At the High-level Pledging Conference in Berlin on 20 November 2014, donors from developed countries and emerging economies pledged to contribute US$9.3 billion towards the initial capitalisation of the Fund. And more countries have announced to make their pledge by the end of the year. As announced in July 2014, Germany will provide €750 million. This makes the GCF the central multilateral instrument to scale up climate finance and to promote a paradigm shift towards low-emission and climate resilient development in developing countries.

I am optimistic that this successful initial capitalisation of the Green Climate Fund will serve as an important building block for the conclusion of an ambitious climate agreement.

I am optimistic that this successful initial capitalisation of the GCF will serve as an important building block for the conclusion of an ambitious climate agreement, under which all countries commit to reducing their greenhouse gas emissions in line with the 2°C-limit.

Germany and the EU are ready

In conclusion, I believe we are entering the closing stages of the negotiations in good shape. At the Petersberg Climate Dialogue in July and at the leaders’ summit in September I had the feeling that countries are busy preparing their national contributions to the new agreement. I also had the impression that they are determined to bring to a successful conclusion the negotiations for a new climate protection agreement in the upcoming months until Paris.

We should build on this momentum and accelerate our efforts as we head towards Lima and 2015. There is still a lot of work to do. But there are realistic grounds for optimism. I look forward to meeting the challenge and marking a successful outcome in Paris next year.

Dr. Barbara Hendricks is the Minister for the Environment, Nature Conservation, Construction and Nuclear Safety since December 2013. She has been a Member of the German Bundestag since 1994, and was a Parliamentary State Secretary at the Federal Ministry of Finance from 1998 to 2007

The Federal Ministry for the Environment, Nature Conservation, Building and Nuclear Safety (BMUB) is responsible for a range of government policies which are reflected in the name of the ministry itself. For more than 25 years the Ministry has worked to protect the public from environmental toxins... 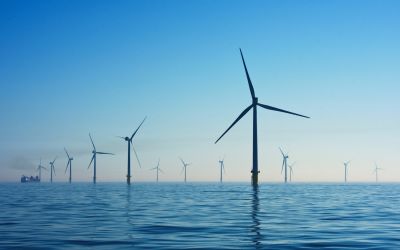