Two major multinational companies have joined the RE100 group committed to making the transition to clean energy.

Two major multinational companies have joined the RE100 group committed to making the transition to clean energy.

Telecoms giant Vodafone and US data company Iron Mountain have been unveiled this week as the latest corporates to make the pledge to source 100 percent of their electricity from renewables.

William L. Meaney, president and chief executive officer at Iron Mountain, said: “In making these commitments today, we are setting aggressive public goals with the endorsement of well-respected non-profit organizations, accelerating our efforts to foster strong economic growth while operating as a responsible, ethical and sustainable company.”

The RE100 is led by The Climate Group and environmental charity CDP and seeks to unite the private sector in advancing a low-carbon economy. Vodafone and Iron Mountain’s commitments puts them alongside 134 other international companies, such as Ikea, Coca-Cola, and Google, which are transforming their global operations to reduce carbon emissions by investing in renewable energy.

Sam Kimmins, Head of RE100, The Climate Group, said: “I’m delighted to welcome Vodafone Group to RE100. Setting a target to source 100% renewable power by 2025 demonstrates real leadership and a commitment to be a driving force in the clean energy transition.”

Vodafone currently sources only 13 percent of its electricity from renewables, and the company intends to massively scale-up its power purchase agreements alongside new renewable on-site capacity. The announcement this week forms part of its strategy to reduce emissions within its network operations by 40 percent by 2025 as well.

By contrast, Iron Mountain has managed to increase its renewable consumption from 1 percent in 2015 to 30 percent in 2017. A significant achievement given that it has 1,400 facilities in 54 countries; all of its data centres are also now run on renewables. Despite this, the company has set itself a long-term target to achieve 100 percent across the whole company by 2050. 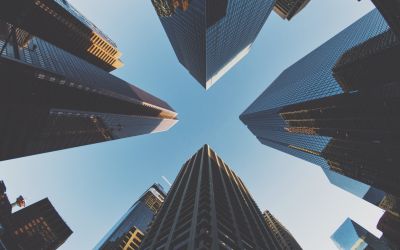