Sir David Attenborough warns ‘time is running out’ at COP24

Sir David Attenborough has warned of the collapse of civilisation at the United Nations climate talks at COP24.

Sir David Attenborough has warned of the collapse of civilisation at the United Nations climate talks at COP24.

The broadcaster, who delivered the speech at the UN’s People’s Seat initiative, spoke of the urgency of these talks.

Sir David Attenborough warned: “Time is running out. They want you, the decision makers, to act now. They are behind you, along with civil society represented here today.”

COP24 brings together global leaders to discuss how to support the targets set at the Paris Agreement. As of November 2018, 184 states and the European Union have joined the Agreement, which entered into force with record speed.

The UN’s People’s Seat initiative was designed to give a global voice to the people. According to a recent poll conducted by Kantar across 10 countries, 89 per cent of respondents said they had personally been affected by climate change.

The People’s Seat allows the public to virtually sit and share their views alongside leaders, governments and representative organisations at COP24. The initiative involves an ‘ActNow.bot’, an interactive chat bot on the UN’s Facebook page that suggests everyday actions that can be taken to preserve the environment.

This warning comes after the shocking IPCC report which stated the climate-related risks if urgent action is not taken.

Sir David Attenborough closed with: “The People have spoken. Leaders of the world, you must lead. The continuation of our civilisations and the natural world upon which we depend, is in your hands.”

Interested in participating in talks with global leaders? Join us in Katowice for the Sustainable Innovation Forum 2018 alongside COP24 for the latest insights on the Green Economy, Sustainable Mobility, Energy Transition and Climate Finance. 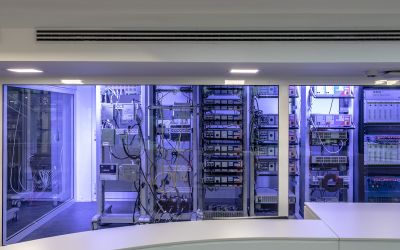