A report out today says that the UK government must focus more on reducing demand for electricity and must do more to smooth out fluctuations in electricity use. The report also advocates an increase in local, small-scale electricity generation projects. 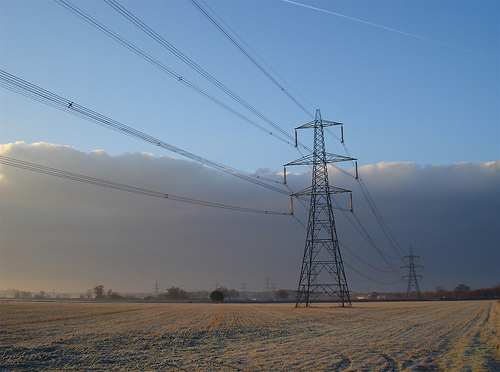 “Reducing demand for electricity is the most straightforward and cost effective way of meeting our climate change, security of supply, and affordability objectives” says a government report out today.

The report, by the Committee on Energy and Climate Change, claims that demand reduction measures do not receive sufficient consideration in the Government’s current proposals to reform the UK electricity market.

The report outlines three main ways in which demand for electricity can be reduced. Firstly, there should be more automated building management systems, such as those that switch off lights when rooms are unoccupied. Secondly, electrical appliances must become more efficient. Thirdly, buildings must be insulated to reduce the amount of energy required for heating. However, the report does note that as the majority UK homes currently use gas heating, insulating buildings may have limited effect in reducing electricity demand.

Nick Molho, head of energy policy at WWF-UK, is confident that there is significant scope to reduce electrical demand: “We know from the UK Energy Research Centre's 2050 project last year that it is technically perfectly feasible to reduce energy demand in the home and transport sectors in the UK by 50%, compared with business-as-usual levels, by 2050.”


The report also suggests a number of ways in which fluctuations in demand for electricity could be smoothed out. These include: getting industrial consumers to agree to reduce their usage at certain times when demand on the system is particularly high, using smart meters to vary the price of electricity according to demand and even using electric cars as energy storage devices. The report says that electric vehicles could potentially be used as a form of electricity storage as their batteries could be charged over night and then discharged back to the grid if the car is not used during the daytime.

Finally, the report highlights the necessity of local, small-scale electricity generation, arguing that electricity generated at the local level, particularly through roof-mounted solar panels and small-scale wind farms reduces the need for large-scale centralised energy generation. The report highlights the success of Hamburg’s ‘Lichtblick’ project, in which there are plans to create an ‘energy swarm’ of microgeneration capacity rather than building two new power stations.

Could the rebound effect undermine efficiency?