Climate change to cause food chaos

Countries in the tropical regions are likely to be hardest hit by climate change, with rising average temperatures in these regions set to cause widespread famine. 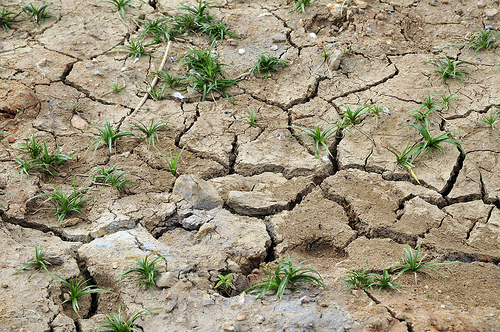 A new report by the Consultative Group on International Agricultural Research (CGIAR) predicts that climate change is set to dramatically reduce global food security, with tropical regions likely to be worst hit.

Patti Kristjanson, a research leader at the Climate Change and Food Security (CCAFS) programme said: “We are starting to see much more clearly where the effects of climate change on agriculture could intensify hunger and poverty.”

The report predicts widespread famine in sub-Saharan Africa and South Asia, areas where hundreds of millions of people are already lacking food today.

“Evidence suggests that these specific regions in the tropics may be severely affected by 2050 in terms of their crop production and livestock capacity. The window of opportunity to develop innovative solutions that can effectively overcome these challenges is limited,” said Philip Thornton, a CCAFS research leader and one of the paper’s co-authors. “Major adaptation efforts are needed now if we are to avoid serious food security and livelihood problems later.”

The reports authors identified regions where populations are chronically malnourished and highly dependent on local food supplies. Then, based on IPCC data, the team predicted which of these food-insecure regions are likely to experience the greatest shifts in temperature and precipitation over the next 40 years.

"In many places in Africa you are really going to need [a] revolution in farming systems," he added.

Sir George Conway, professor of international development at Imperial College London, said: “We need everything we can lay our hands on".

“Governments are aiming to limit the average increase in temperature to 2oC by the end of the century, he explained. But if temperatures continue to follow their current trajectories "we are on for a 3-4oC increase."

The full report "Mapping Hotspots of Climate Change and Food Insecurity in the Global Tropics" can be accessed online here.