Werner Hoyer, President of the European Investment Bank, the world’s largest internationally owned public bank, will this week lead a high-level delegation on an official visit to China

Luxemburg, 26 May, 2016 - Werner Hoyer, President of the European Investment Bank, the world’s largest internationally owned public bank, will this week lead a high-level delegation on an official visit to China.

This represents the first visit to China by a President of Europe’s long-term lending institution since 2007 and will provide an opportunity to strengthen cooperation between the European Investment Bank and Chinese partners support for investment in China, Asia and Europe.

President Hoyer will sign a Memorandum of Understanding with the Minister of Finance to strengthen joint support for climate related schemes in China. During a two day field trip outside Beijing President Hoyer will see at first-hand how the EIB is supporting reforestation close to the Inner Mongolian capital Hohhot to protect against desertification and visit heating projects that that reduce fossil fuels use by replacing coal by natural gas and reduce air pollution. The EIB Delegation will meet the Governor of Inner Mongolia to discuss the climate action plans of the region and how EIB could provide its support for such plans.

The European Investment Bank has worked closely with the Asian Infrastructure Investment Bank during its creation to share technical and financial experience. President Hoyer is expected to agree a new framework to build on this cooperation to streamline joint financing of projects and ensure regular strategic dialogue between the two institutions.

President Hoyer will provide a keynote speech at the D20 meeting being hosted by the China Development Bank. The D20 brings together National Financial Institutions of the G20 countries and Multilateral Development Banks to support economic growth, create jobs and improve productivity.

In 2015 the EIB provided EUR 20.6 billion for climate related project worldwide, record lending that demonstrates the EIB’s firm commitment to support investment across Europe and around the world that reduces emissions, adapts infrastructure to a changing climate, and increases resilience through afforestation and other schemes. Last year EIB support for climate finance outside Europe represented 30% of overall lending and the EIB is committed to raise the share of climate financing outside the EU in developing countries to 35% by 2020.

The European Investment Bank (EIB) is the long-term lending institution of the European Union owned by its Member States. It makes long-term finance available for sound investment in order to contribute towards EU policy goals. 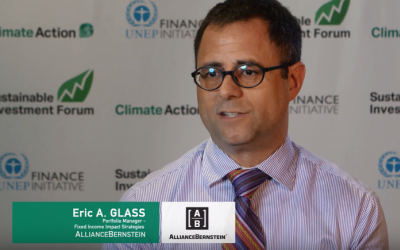