The UK Government has announced plans to increase the numbers of marine protected zones.

The UK Government has announced plans to increase the numbers of marine protected zones.

Environment Secretary Michael Gove said: “The UK is already leading the rest of the world by protecting over 30% of our ocean - but we know there is more to do. Establishing this latest round of Marine Conservation Zones in this Year of Green Action is another big step in the right direction, extending our blue belt to safeguard precious and diverse sea life for future generations to come.”

With 50 zones already designated in 2013 and 2016, the UK now has 355 Marine Protected Areas of different types, spanning an area nearly twice the size of England.

The Wildlife Trust welcomed the new announcement, saying “this historic move will help protect the seas around our shores.”

Joan Edwards, Director of Living Seas at The Wildlife Trusts, said: “Now we need to see good management of these special places to stop damaging activities such as beam-trawling or dredging for scallops and langoustines which harm fragile marine wildlife.”

Last year, the UK called for 30 per cent of the world’s oceans to be protected by 2030. 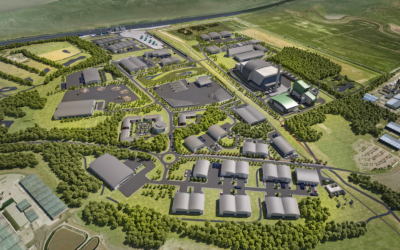