Norway is proposing a what-is-known as “Tesla tax”, that would remove the tax exemption from the heaviest electric cars weighing more than 2 tonnes, triggering intense political debate about the future of EVs in the country.

Norway is proposing a what-is-known as “Tesla tax”, that would remove the tax exemption from the heaviest electric cars weighing more than 2 tonnes, triggering intense political debate about the future of EVs in the country.

The conservative party is proposing a one-time registration fee for EVs that weight more than 2 tones under the justification that that heavy cars cause more wear and tear on the nation’s roads.

Electric vehicles whose weight is close to the 2 tones threshold would be charged approximately $900.

The proposal, which is part of the 2018 budget proposal, has sparked various reactions from public bodies and industry players, with opponents labeling it “Tesla tax”.

Christina Bu, head of Norway’s Electric Vehicle Association had called the proposed fee a “tax bomb”, according to the Norwegian VG News.

“The government knows very well that many car manufacturers take this step to develop the electric cars with more space and increased range due largely to interest from customers in Norway”.

John Helmersen, Head of Operations for Jaguar in Norway said that more than 1,000 Norwegians have paid a $1,200 deposit to get the new Jaguar I-Pace electric SUV, and now they will have to pay an extra $3,500 than what they had planned.

Jørgen Næsje, State Secretary at the Ministry of Finance claimed that typical family cars will not be affected by the new fee, as both Opel Ampera and Tesla Model 3 will be exempted.

In addition, some think that this new tax for EVs still accounts for less than what owners of conventional fossil fuel car owners will pay, not incorporating though the environmental damages and costs of conventional cars.

Sales of electric and hybrid cars accounted for more than 60 percent of new vehicle sales during September.

Norway currently has the highest per capita share of electric cars in the world, since for every 10,000 inhabitants there are 215.6 electric cars.

According to data from the national statistics office, there are more than 13,000 registered Teslas in Norway, with total EVs and hybrid cars accounting for 28.8 percent of total cars in the country.

The success is heavily attributed to a generous set of subsidies, including no city tolls, free parking, free charging and permission to drive in bus lanes.

Some complain that EVs are contributing significantly to congestion, with bus lanes being clogged as EV users are allowed to use them.

Andreas Halse, Environmental Spokesman in Oslo for the opposition Labour party said: “It is not just about emissions; there are other considerations, too, such as the use of cars versus public transport”.

Christina Bu pointed out that despite the success of EVs in Norway, the market is still fragile using the example of Denmark, were when some tax advantages were withdrawn, a steep fall in EV sales occurred.

“It’s too early. Nobody is saying we are never going to tax electric vehicles. But the government had promised to keep the regime the same until 2020”. 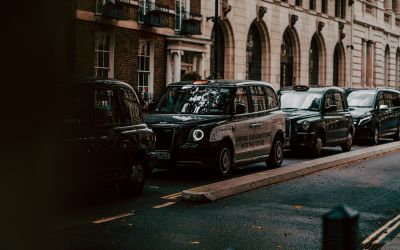